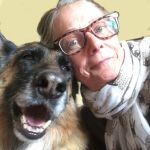 Written
by Carol Young
View all 1 articles Learn about our editorial process and veterinary review board. 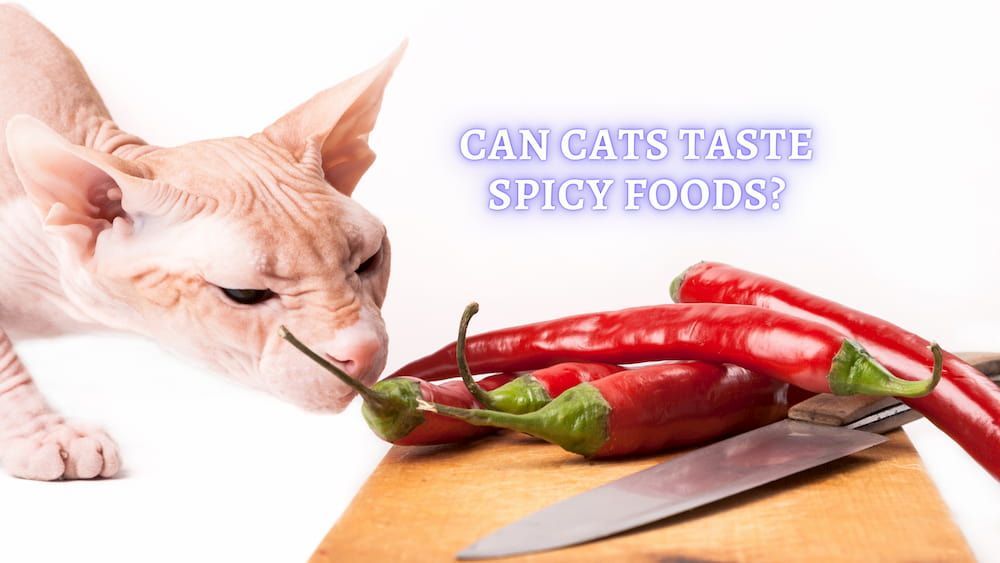 Image by @dasytnik from FreePik

As a cat owner, you’ve probably noticed your cat approaching you at the dinner table while you’re happily munching on a tuna fish sandwich, enjoying barbecue chicken, or finishing up a meal of smoked salmon. Cats are very inquisitive creatures, and they can be interested in any type of food, but would they enjoy nibbling on a titbit of Tandoori chicken, a spicy Chimichanga, or chicken wings drenched in Cholula hot sauce? Since cats are true carnivores, chances are if you’re eating Jamaican Jerk chicken, it’s the chicken, and the fats and proteins in the chicken, that your pet is craving, not necessarily the sauce. This brings us to the next question, can cats eat spicy foods?

What Makes The “Spicy” in Spicy?

When we think about taste, the five basic tastes of sweet, salty, bitter, sour, and savory (also called umami) come to mind. These sensations arise when receptors on the surface of taste bud cells are activated by food, triggering nerve fibers that run to the brain and help create the different tastes of a green chili cheeseburger or a piece of raspberry cheesecake. Unlike cats, humans have thousands more taste buds, so we assume that humans can taste more flavors. We know that we can detect temperature, pressure, and chemicals that mimic the five tastes, but we don’t think that cats taste spicy foods as we do.

Looking at spicy foods, the chemical that makes foods spicy is called capsaicin. This chemical binds to a special class of receptors (called vanilloids) inside the mouth in humans. It is the vanilloid VR1 receptors that detect heat and send a signal to the brain about temperature. After capsaicin binds to these receptors, the sensory neurons send “spicy hot” signals to the brain. A study [1] showed that a type of vanilloid receptor, known as TRPV1, exist in the neurons on the esophageal submucosa of cats, and are present in esophageal epithelial cells. TRPV1 is critical for sensing temperature and harmful chemicals, and in humans it allows us to taste spicy food and experience that “hot” feeling. Another study [2] concluded that small modifications of TRPV1 in different species changes capsaicin responses, so some species can taste spicy and others not so much.

This brings us back to cats. They do have “spicy” receptors, but do they work in tasting it? Cats may recoil when tasting a spicy sauce, and since they have the receptors that sense spicy foods, we can deduct that they may be able to taste these treats, but we just don’t know how well. Cats may be able to taste hot sauce, but as mentioned above, they may be attracted more to the smell of what’s in the spicy dish rather than the spices. So it may not be that cats can taste these foods, but rather they might be more interested in food is coated in spices.

What can be appealing to Cats about Spicy Food?

Cats are excellent sniffers and interpret almost everything through smell. Their olfactory capability allows them to be interested in every new scent they encounter, and most spicy foods have enticing smells that will attract an attention. Some cats might refuse regular food in favor of a chili hot dog simply because it smells better. Cats use smell in the detection and selection of food, and that may be one reason why they may be attracted to spicy snacks since they are often fragrant and aromatic. If your furry friend notices you enjoying that aromatic meal of barbecue chicken, chances are they’re keen to sample a piece.

Since cats use their sense of smell in selecting foods, they prefer foods that are warm or at room temperature vs food taken out of the refrigerator. Most spicy foods are warm and aromatic, so it makes sense that cats would be attracted to warm meals. Cats don’t necessarily know what spicy means, but the warm temperature releases all of those delicious smells that cats can’t pass up. Also, most cats prefer their meals to be warm, and since most spicy foods are warm, it makes sense that they would be attracted to a spicy treat.

As mentioned above, cats can “smell” amino acids and fats, the basic building-blocks of meat. This makes sense for cats as they are carnivores. One study [3] showed that domestic cats are not attracted to the taste of sweets, but they do prefer selected amino acids and fats contained in meats. They also typically avoid bitter and sour-tasting foods. In the wild, this can serve to protect them from eating certain toxic plants and mushrooms, as well as rancid meat.

Alongside smells, cats also love the texture of different foods. A spicy spaghetti sauce has a unique texture and, different textures pique their interest. 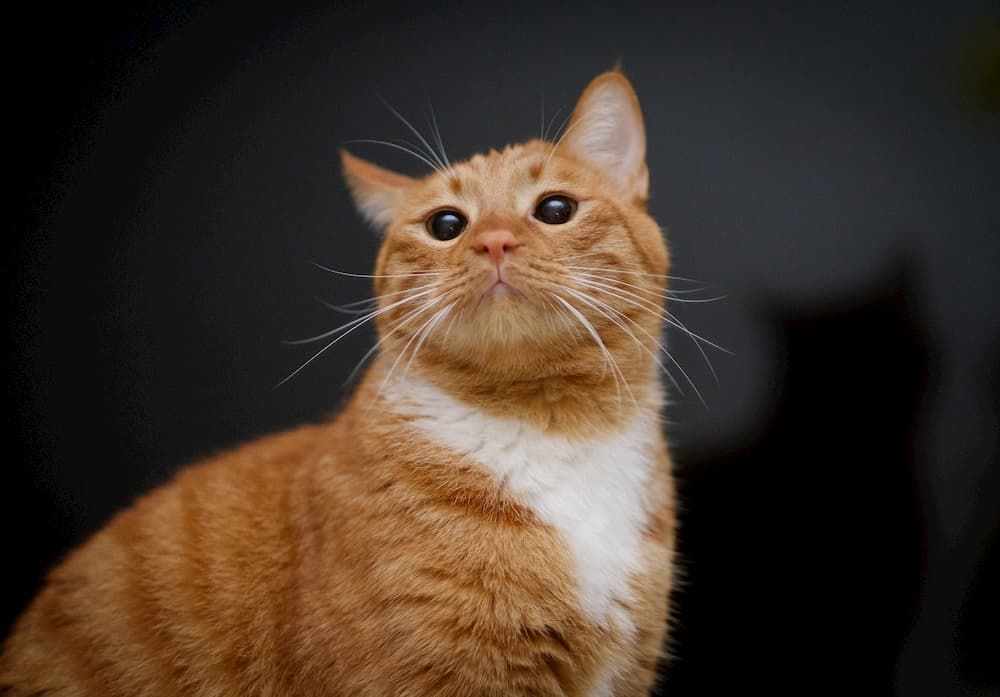 Photo by Peng Louis from Pexels

Can I give My Cat Spicy Food?

Veterinarians recommend that cats really shouldn’t eat spicy foods because capsaicin can cause some serious digestive issues. Paprika is one of the few hot spices that doesn’t contain capsaicin, but it’s still too hot for cats and will irritate their mouths and digestive tract. Feeding hot spices like chili and cayenne pepper may cause tongue and throat to burn.

What Spicy Food is Safe for Cats?

Realistically, the answer there is no spicy food that safe for your cat. Some species of peppers, such as the green bell pepper, are relatively harmless for cats, and in small quantities might provide a low-calorie treat. Most peppers, spicy or sweet, are healthy for humans, but the feline digestive system isn’t made to absorb their nutrients. Although humans might love it, it’s best not to share the spicy fare with your pet. As mentioned above, spicy food gets its “zippy” flavor from capsaicin, which can wreak havoc on GI system. 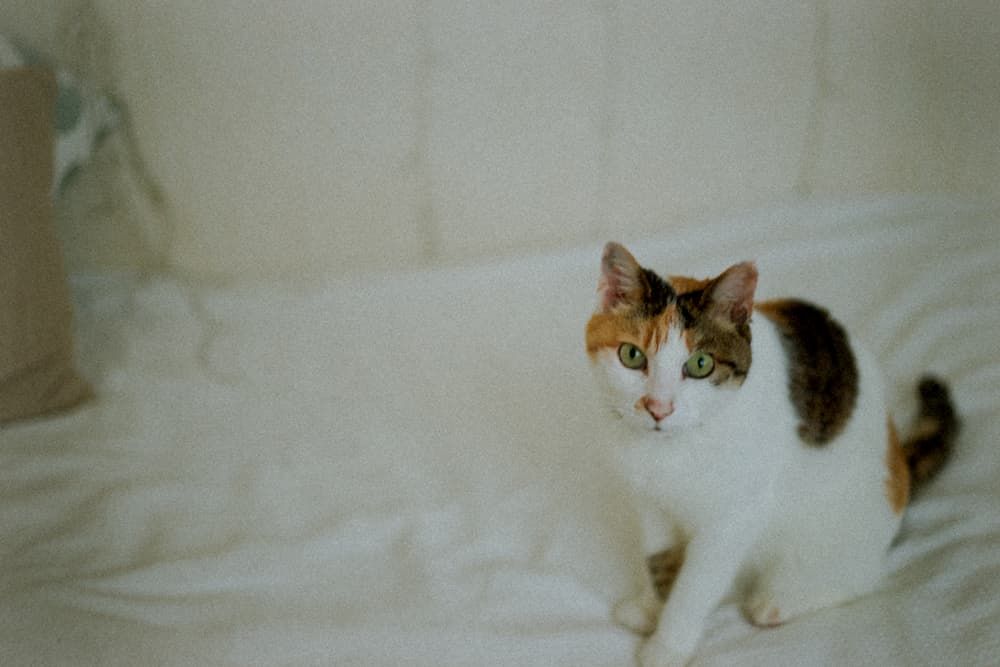 ᐉ What Happens when a Cat Eats something Spicy?

Most cats won’t eat spicy foods, and they may recoil from a taste of jalapeno peppers, shake their heads, and perhaps even cough or salivate. Capsaicin itself is not poisonous in small amounts, but it can cause gastrointestinal upset, as well as vomiting and diarrhea. If your pet takes a nibble out of that jalapeno pepper, his eyes might water, and his nose might run.

Another concern is whether or not that spicy dish contains garlic or onions, which are toxic.

ᐉ What Tastes Can Cats Taste?

Some owners have reported that their feline friends love spicy treats, but studies suggest that cats may not be able to taste spicy foods, at least not as effectively as their humans can. When we look at taste buds, humans have nearly 9,000 taste buds, but cats have less than 500, so we assume that they cannot experience the gamut of taste sensations that their owners can. Cats can taste basic flavors like bitter, salty, and sour, but we think that the sense receptors on their tongues are not as well-developed as in other species.

ᐉ What Spices are Toxic To Cats?

Many of the vegetables or peppers present in spicy dishes, such as chives, garlic, and onions, are toxic to cats as their liver and kidneys can’t metabolize these foods. According to the ASPCA [4], garlic is especially dangerous because it can cause a disease called Heinz Body Anemia, whereby the chemicals in the garlic damage red blood cells. Cats that have ingested a considerable amount of garlic, onions, or chives will become weak, lethargic, have no appetite, exhibit pale gums, and may even shed red blood cells in the urine. If you suspect that your pet has ingested any of these ingredients, call your veterinarian right away.

Below are spices that are toxic, and these spices are often added to certain dishes such as pumpkin pie or pastries. If you suspect that your furry friend has ingested any of these spices, contact your veterinarian immediately:

Cats who eat spicy food are at risk of developing digestive issues, such as an upset stomach, vomiting, lethargy, and diarrhea. This is caused by the capsaicin, and although too much spicy food can be harmful, some cats may get away with a little taste now and then.

As a pet owner, you probably have always wondered whether or not your pet can taste these foods, and if he relishes that green chili enchilada sauce as much as you do. As a rule, it’s best to avoid feeding spicy dishes, and even though small amounts of certain spices may not be particularly harmful, it’s better to be safe than sorry. Cats are better off sticking to an appropriate diet that meets all of their nutritional and dietary needs. 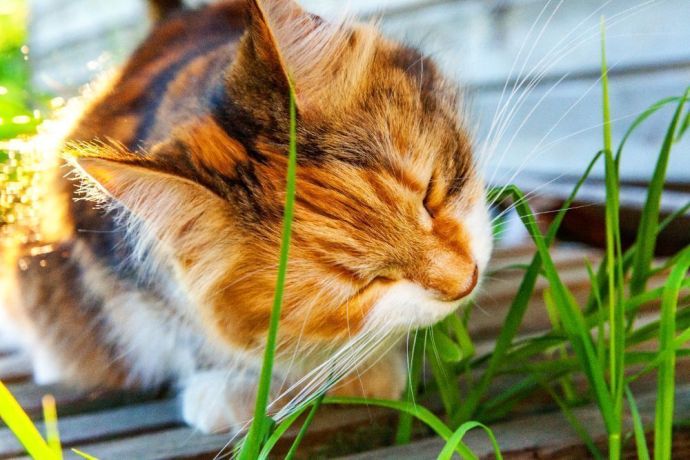