Parvovirus is a disease that can send shivers down any breeder’s, vet’s, or dog owner’s spine as it can prove highly contagious and has the potential to be fatal, particularly in young puppies. 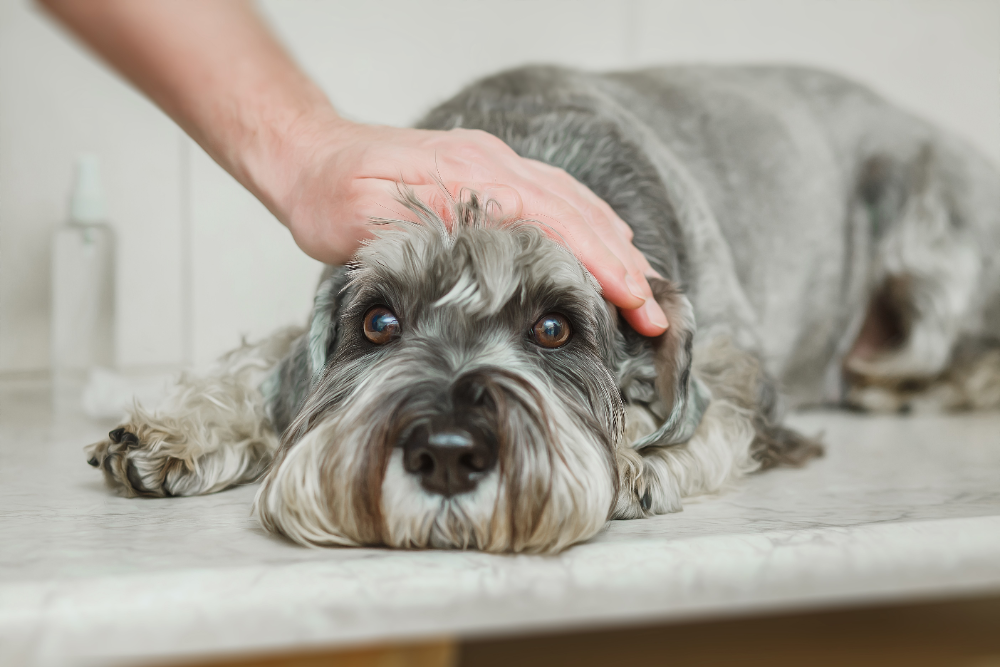 The Parvovirus is a DNA virus that is very small, hence the name Parvo which derives from the Latin word for small (Parvus). It targets those cells which rapidly divide such as gastrointestinal and immune cells, leading to upset stomachs and difficulty in fighting infection.

Interestingly, Canine Parvovirus mutated from the Feline Parvovirus. It can only affect dogs and similar animals such as coyotes and foxes and thankfully are not zoonotic (it does not have the potential to affect people). There are several strains of Parvovirus, with certain strains being more prevalent in specific parts of the world.

Typically, infected adults act as ‘carriers’ and can spread the disease without necessarily showing symptoms. Those aged from about six weeks to six months tend to be hit the hardest and develop the most severe symptoms. Any breed can become ill, but those black and tan breeds such as Rottweilers and Dobermans are known to be most predisposed, though it is not fully understood why this is.

READ MORE: What is the Best DNA Test for Dog?

How is it Spread?

As Parvovirus is highly contagious, areas in which there are a lot of puppies and dogs together (such as in veterinary clinics and rescue shelters) tend to be hit the hardest and outbreaks can occur.

The virus is spread via the fecal-oral route (from feces into the mouth) and can live on objects (fomites) such as food bowls, shoes and towels. This means it can be spread directly (from an infected dog) and indirectly (from a fomite). While a dog would rarely consume another’s feces, they often sniff and lick the fur near their hind end as well as surfaces and objects with which their feces may have been in contact.

Dogs can spread the disease for several weeks after they have seemingly recovered, meaning that some owners will bring their dog back into their home too early and reintroduce them to their other dogs, putting them at risk.

What are the Symptoms? 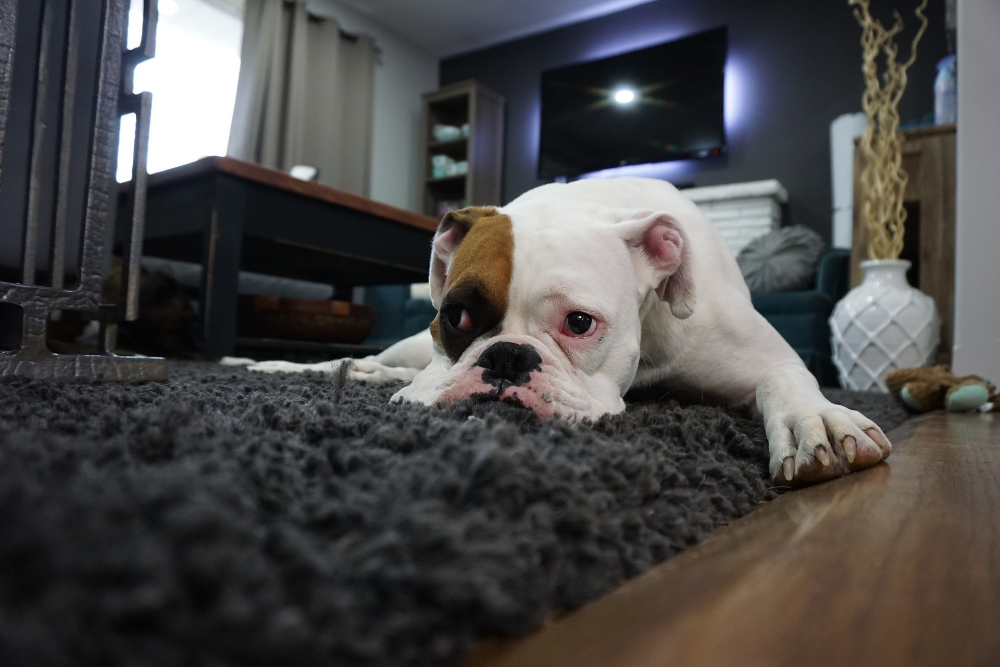 We will generally see the first symptoms developing roughly two to three days after exposure to the virus. These include:

Of course, puppies showing these symptoms could potentially have something else going on, such as a severe parasite burden or another infection e.g., Salmonellosis. If Parvovirus is suspected, the quicker a pup is brought to the vet and treatment initiated, the better their prognosis.

How is it Diagnosed?

A vet will usually strongly suspect that a pup has Parvovirus due to their age and the typical signs they will be showing. It is often said that their feces has a characteristic foul odor, and some vets have been known to ‘diagnose’ an infection from the strong smell itself. A ‘cage-side’ fecal test is usually the best way to reach a quick diagnosis in-house, while a blood test can be very accurate.

What Treatment is available?

As with other viral infections, antibiotics are not effective against Parvovirus and it is treated with supportive care rather than a specific ‘antidote.’ Ideally, pups will need to be hospitalized, though this can prove expensive, particularly as many will need to stay overnight in specialist facilities for up to a week. 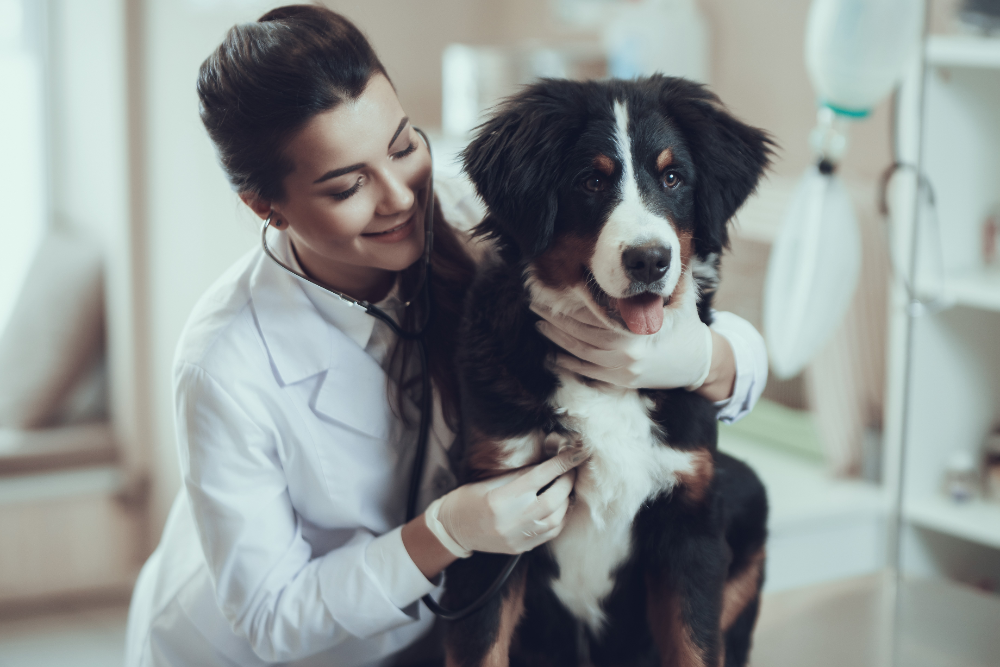 As this virus attacks the immune system, dogs are prone to developing secondary bacterial infections, which can dramatically worsen their prognosis. Due to this, antibiotics may be prescribed to some patients.

Vets and nurses will work around the clock to support the puppy or dog so that they can mount their own immune response and fight the viral infection. Most will require intravenous fluids to prevent shock and dehydration, supplemental feeding to combat low blood sugar and provide much-needed nutrients, anti-nausea medicine to limit vomiting and improve appetite, probiotics to support the gut and prescription medicine to help take their fever down and relieve any pain or discomfort.

Those that are being treated in hospital will be treated in isolation and are usually designated one vet and one nurse that will deal with them to limit the chance of spread to other patients. Staff needs to wear strict protective clothing and follow rigorous hygiene protocol at all times.

Sadly, some owners do not have pet insurance and may struggle to afford treatment. They may attempt to treat their dog at home, something which is not recommended by veterinarians as these dogs has a much poorer prognosis.

READ MORE: How many Treats should a Puppy have a day

Once a dog has been discharged from the hospital, we need to be cautious to ensure they recover well. They won’t be up for their normal walks and exercise and likely will be unable to digest rich treats and chews. To help them out we can:

READ MORE: What is the best raw dog food

What is the prognosis?

Depending on where you are in the world and the level of veterinary care available, the prognosis varies from about 50% to 90% survival rate. Those that are smaller, weaker, or who have co-existing conditions are more likely to pass away. It is generally accepted that if a dog can survive the first few days of being ill they should go on to make a full recovery.

So, can a Dog get Parvo twice?

While technically possible, a dog that has survived Parvovirus is highly unlikely to become re-infected. This is because they should have developed antibodies which provide them with life-long immunity. On top of this, older dogs are naturally more immune. However, as there are several strains of Parvovirus, it should never be presumed that survivors are completely safe and they should be vaccinated for life just like any other dog.

In one study, dogs who had been previously infected that were challenged with the virus orally were immune for at least 20 months. After being given the infection, they did not develop any symptoms and did not shed the virus so would not have been able to infect others. The study concluded that dogs develop long-term immunity after surviving the infection. Most experts will agree that an infected dog should be immune for at least three years, but most will be protected for their entire life.

Interestingly, studies have been run, which show that those who have had Parvovirus as a young dog are much more likely to develop the unrelated gastrointestinal disease in later life.

What about a dog who has been vaccinated; could they catch the disease?

Even if a dog has completed their puppy vaccine course, they can become infected. Similarly, while rare, it would be possible for adults who are up to date with their boosters to become affected. This is because vaccines are not always 100% reliable and a dog needs an immune system that is working well if they are to mount the appropriate response, which is not always the case. However, they would have to be very unlucky, as the majority of dogs that are protected with a vaccine will never become ill as it is very effective.

How can Parvovirus be prevented?

It is often found that those who develop the infection are young dogs who were not vaccinated for whatever reason. Those that are strays or who have come from inexperienced backyard breeders or puppy farms tend to be the most frequently affected, specifically those puppies who are immunocompromised, fed on a poor diet and exposed to a great deal of stress (travel, rehoming, diet changes, etc.). 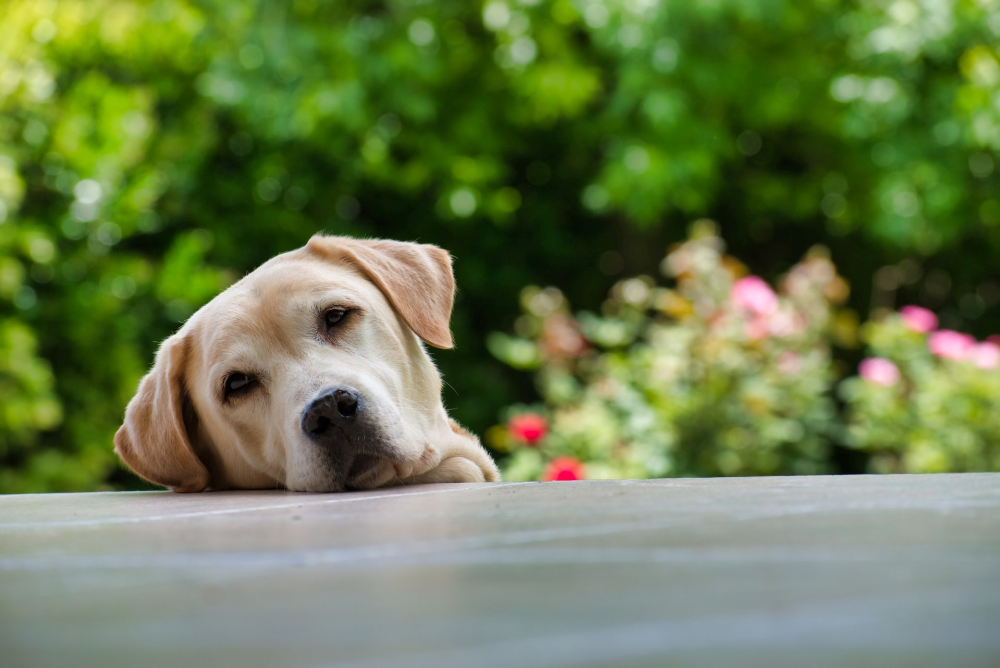 To reduce the likelihood of infection, there are several things that can be done:

In the ideal world, we would prevent rather than treat Parvovirus and the best way to do this is to vaccinate the entire canine population worldwide from a young age. Vaccines are not needed in the first couple of months of life as puppies should have immunity from the antibodies in their mother’s milk which they are drinking. However, about 8 weeks of age, pups should receive their first Parvovirus vaccine, which is typically given in combination with a number of other vaccines, including the Distemper and Hepatitis injections. On top of this, dogs need a booster two to four weeks later, after 12 months and every three years from then on.

READ MORE: When to get Puppy Shots

Most vaccines are safe to give to pregnant bitches, and if their vaccine lapses, it is advised that they are injected, so they can pass immunity to their pups. Some owners (especially those who prefer to take a more ‘natural’ approach to their animals’ healthcare) may dislike vaccinating their dog. It is true that any vaccine can cause an adverse reaction but these are rare and tend to be minor and short-lived.

For example, a dog may develop a mild fever for 24 hours or get a small, tender lump in the injection area, which can last for a couple of weeks. It is generally accepted that it is far safer for a dog to be vaccinated than not.

Avoiding other dogs when not yet vaccinated

Socialization is critical in the first few weeks of a dog’s life as this is when they need to learn to interact with other dogs safely. However, it is risky to mingle with those who are not vaccinated, so it is best to stick to dogs who are up to date with their vaccines. Avoiding all canine contact until the vaccine course is finished would be overkill and is not advised. Rather than going to dog parks or other places where lots will be present, stick to gatherings such as organized puppy parties within veterinary clinics.

Any dog confirmed to be infected should be isolated from others (even if they have been vaccinated) for a minimum period of three weeks to be on the safe side.

When a dog has tested positive, it is imperative that nearby dogs are protected. This means disinfecting their environment correctly. Every poo that a ‘Parvo pup’ passes is filled with infectious particles, so deep and thorough decontamination is vital. Unlike other infections, Parvovirus can be quite hardy and is not necessarily eliminated by hot or cold temperatures or basic cleaning products. Not every disinfectant is effective against Parvovirus, it must be one which contains sufficient bleach. A quick scrub is rarely enough and the cleaner needs to be in contact with the surface for a minimum of 10 minutes in order for it to work.

As Parvovirus can survive in the environment and even ‘over-winter’ it is best not to bury a pup that has died from the infection. Even if a dog has not received an official diagnosis but it is suspected to have had Parvovirus, it is recommended to have them cremated. Amazingly, the viral particles can survive in the soil for up to a year.