Dog is Acting like a Puppy again: Causes and Solutions from a Vet

Most of us know that raising a puppy is a tough task, which some even compare to caring for a newborn baby. We may have to deal with inappropriate toileting, chewing, digging, and night-time barking… and the list goes on! Happily, most find that their dog begins to mature between the ages of six and nine months and they soon become more of a pleasure than a pain to be around. Why is it that many owners witness a sudden ‘re-emergence’ of puppy behavior in later life? Just when they had put those crazy puppy years behind them, owners are faced with a dog that has started to pee on the carpet, bark in their crate or stay up all night. What on earth is going on here? 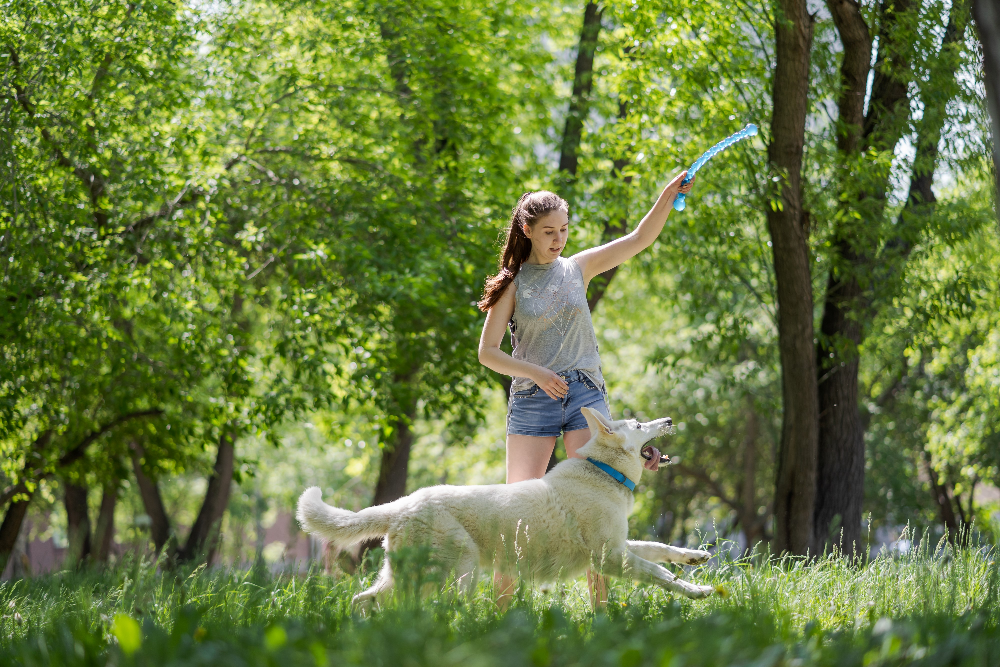 What sort of behaviours can we see?

The list is not exhaustive, but the below behaviors are some of the more common ‘puppy’ issues that owners find can suddenly develop in dogs of any age.

Here are main reasons why is my dog acting like a puppy again:

Dogs may act like this at practically any age but most often these are seen as ‘puppy’ behaviors that owners do not expect their adult dogs to exhibit. Some adult dogs may develop more than one of these behaviors and they may come on slowly or crop up seemingly overnight.

Some issues may have an obvious trigger, such as a new pet being brought into the home, while others may come on out of the blue. Thankfully, most will have a straightforward explanation and can be dealt with.

Let’s take a look at the problems one by one and discuss the potential causes as well as the solutions.

Some breeds are more likely to become destructive, particularly those that are intelligent and/or come from working stock such as the Border Collie, Siberian Husky, and Jack Russell Terrier. They may chew skirting boards, scratch at doors, dig in the garden or rummage through the bins when no-one is watching. While some do this when supervised, most tend to exhibit this behavior when left alone. Owners may see this on home camera systems or may return home to a huge mess with their pooch looking somewhat sheepish. 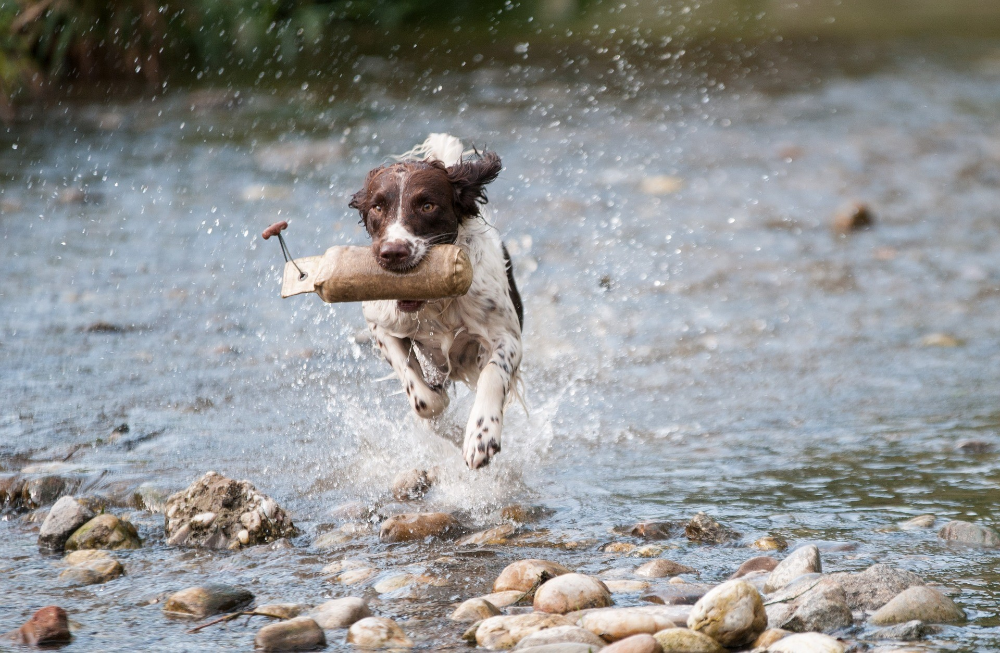 For all, there is an underlying cause for this behavior. Anxiety, stress and boredom can all manifest as destructive tendencies. Most of the time, we can pinpoint the cause by looking for patterns. Perhaps the dog is being exercised less due to the owner taking on a new job, maybe a new pet has been brought into the home and they dislike having the company or it could be that there have been fireworks set off and they are causing the animal to panic. Those that are destructive when the owner is around maybe craving attention and aren’t particularly worried if their naughty conduct gets a positive or negative reaction.

Once we determine what has triggered this new behavior, we can address the issue.

For those that are bored, often providing the dog with plenty of both mental and physical stimulation during the day can be enough to solve the problem completely. This means:

For those who have separation anxiety or generalized anxiety, we need to address this differently. For milder cases, calming supplements, pheromone diffusers and crate training can help. For more serious cases, they generally require the help of a veterinary behaviorist and prescription anti-anxiety medication.

Dogs are naturally clean animals and dislike having to pee or poo inside when given the choice. While accidents are considered normal in puppies, after about six months of age they should usually stop. Those that were fully house trained and have started to have accidents again are letting us know there is something wrong. Owners sometimes wrongly assume that their dog is being vindictive and ‘punishing’ them for leaving them home alone by providing a smelly gift, but the truth is that animals simply don’t think in this manner.

The first thing to do is to have the pet examined by a vet for potential health issues such as kidney disease, incontinence, a urinary tract infection, or intestinal parasites. As well as performing a ‘nose to tail’ check, the vet may wish to analyze the pet’s urine and/or feces.

If the dog is found to be in good health, we would then look to their routine and environment. Are they being brought out often enough and at the right times? Do they feel the need to mark their territory for some reason? Perhaps they are becoming anxious when their owner leaves and is urinating due to the stress. 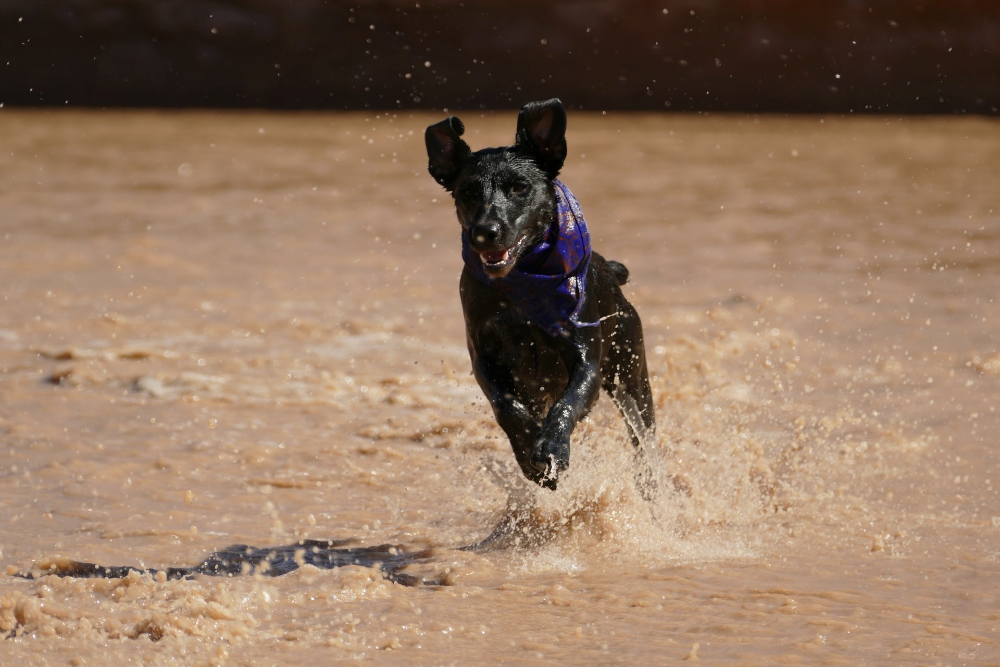 In all cases, any urine and poo must be cleaned up thoroughly and an enzymatic cleaner should be used to eliminate the smell. Neutering may be beneficial in males who are marking their territory. For those anxious pets, behavioral modification and/ or medication should help to resolve the issue.

3. Distress Within the Crate

Sometimes, a dog that has been resting and sleeping in their crate happily since first being brought home as a young pup takes a sudden dislike it. Now when asked to go inside, they panic and protest. What has happened?

In some cases, we have become complacent and expect too much from our adult dogs. Many are expected to stay in their crate for far too long with little to do. While they may accept it to a certain point, it should be no surprise that if kept in their crate for hours on end they may start to bark for attention or scratch at the door. This is considered normal and does not indicate an underlying problem with the dog.

Some may be uncomfortable when in the crate, perhaps if it is too small or they have inflamed joints and it hurts to lie in a certain position. Be on the lookout for any subtle limp or gait change that may warrant a vet visit. Senior dogs, in particular, may need an orthopedic bed and a larger crate.

Think back, has anything bad happened when the dog was in the crate? Perhaps there was remodeling going on in the home and they were created but found the loud noise distressing. In these cases, we need to build back their confidence.

We should go back to basics with stressed or worried dogs, starting crate training all over again and being sure they are comfortable being left inside for short periods. At the same time, we need to appreciate that they can’t be left inside the crate for too long and will only be content in there if they aren’t bored. They need enough attention and affection when not in the crate to tide them over for when they are! For some, having a plugin such as ‘Adaptil’ beside the crate can be useful. 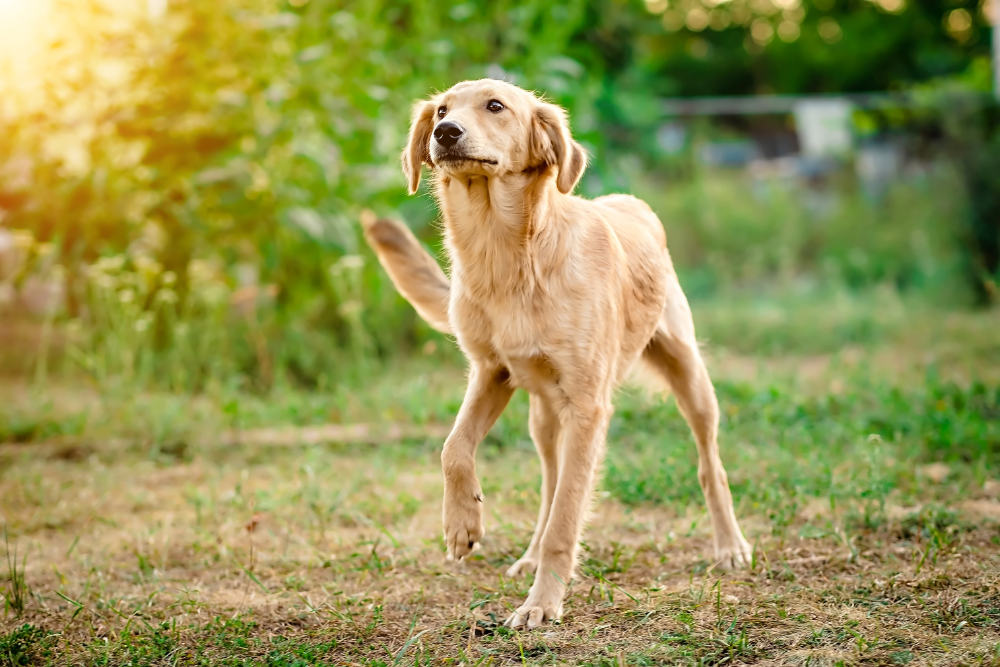 Dogs that would once walk to heel without a second thought may suddenly become a complete nightmare once outside; nipping at your heels, chewing on the lead, and jumping up at you the entire time. They seem uncomfortable and don’t want to continue. What gives?

This behavior can signal pain, especially if it happens at the end of the walk. An older dog may not be able for such a long walk as they used to, especially if they have chronic orthopedic issues such as hip dysplasia or osteoarthritis. If they have also been slowing down and stiffening up, it’s time for a vet trip as they may well need some pain relief medicine and a new exercise regime. You can read a bit more about how can a dog walk with a torn ACL.

If they are not in pain, this sort of behavior may be caused by stress. They are trying to communicate that they want to stop. Maybe they dislike walking in one spot in particular as they were involved in a dog fight there previously and are worried it will happen again. Consider changing your route temporarily and encouraging your dog to walk on with treats and vocal praise; they should soon forget what they were worried about in the first place.

Jumping and chomping on the lead can also be associated with excitement, especially in the more boisterous breeds. You may not be able to keep up with them and they simply want to run ahead and go exploring! Their regular on-lead walk no longer does it for them and they need a bit more adrenaline in their lives. If safe to do so, work on their recall and allow them some off-lead time. Participating in agility and Flyball can also be a great way to burn off steam and make time spent on the lead calmer.

There’s nothing worse than being woken up at 3 a.m. to a dog whining and barking, oblivious to the fact that some of us have work in the morning! While it’s normal and acceptable for puppies to wake up several times a night, it’s expected that our adult canines can sleep through (or at least let us sleep for the entire night).

Often, there is an obvious explanation. Perhaps the dog heard a loud noise or saw an animal like a fox or squirrel outside. These eventualities can be managed as they occur and are difficult to completely prevent. However, when it becomes a frequent issue, we need to get to the bottom of things.

We should take a look at our pooch’s daily routine. Have they started to exercise and play less during the day? If so, they may be struggling to stay asleep at night. If we keep them busy and amused during the day, we should find that they are happier to stay quiet once it gets dark.

Certain medical conditions can cause a dog to wake up at night. If the waking is associated with begging for food, they may be excessively hungry; a symptom of diseases such as diabetes or Cushing’s disease and a side effect of certain medicines such as steroids. If they wake to urinate, it could be that they have developed chronic kidney disease or a urinary infection. In older dogs, night time waking is associated with doggy dementia or can be linked to arthritis’s discomfort. Indeed, if an animal’s routine has not changed and they continue to wake at night, a health check is needed.

Most of the time, when an adult dog starts to display ‘puppy tendencies’ there is a simple explanation and plenty can be done to resolve the issue. While some detective work (and perhaps a visit to the vet) may be required, it’s crucial to determine what is causing the new behavior so that it can be tackled appropriately and we can get our well-behaved adult dog back.