How to tell if your Cat is Sick? 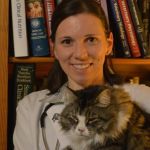 Your cat may be a mighty hunter of the laser light and your bare toes, but in the big picture cats are also a prey species. This makes them put on a good show anytime they are sick or injured to downplay their vulnerability. While this a great skill to master out in the wild, cat parents and veterinarians can be very dangerous. All too often kitties are actually more sick than they let on because they’re unwilling to let you know it. Learning some of the tell-tale signs that a cat may be sick will help you clue that something is wrong quicker so that you can seek treatment before your feline friend gets worse.

When trying to determine if your cat is sick, look for things that are out of the ordinary. Knowing your cat’s normal behavior and routine will help you immensely when you’re trying to decide if something is off. Pay attention to the details and don’t let something that seems trivial go unnoticed. 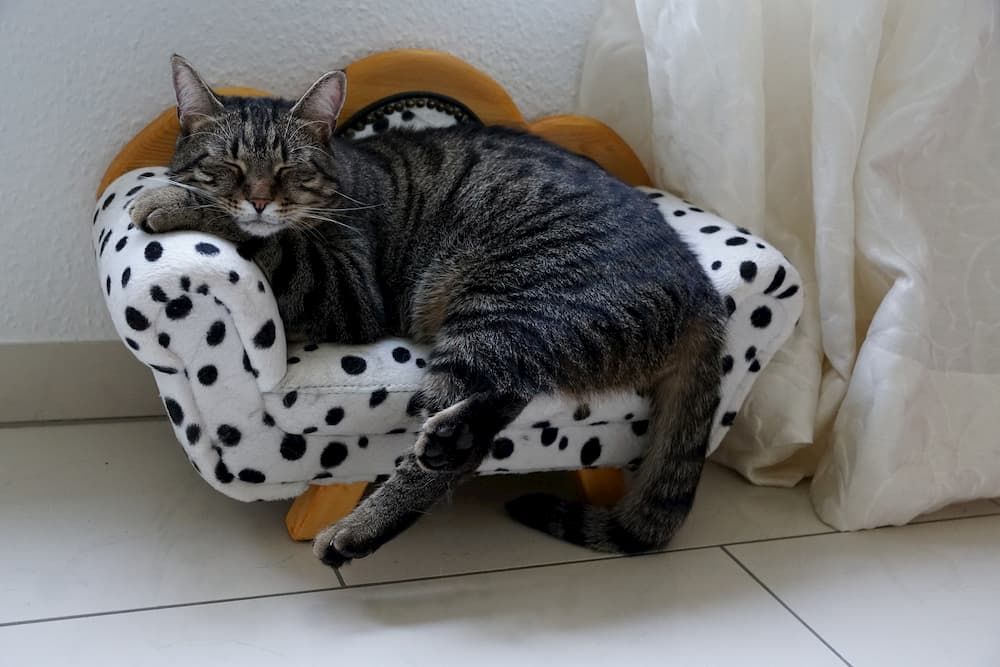 Image by photosforyou from Pixabay

Some of the Signs that a Cat may be Sick

Most cat parents will laugh at this as they think, “How could my cat have any less energy?” While it’s true that some cats prefer to sleep their day away, a decrease in a cat’s activity level can be indicative of pain or illness. You may also notice that your cat may not actually be sleeping but is instead lying around and unwilling to walk or play like they used to. Maybe they’re refusing to jump onto the couch or need the hear the sound of their kibble hitting the food bowl before they come for dinner. Even small changes such as sleeping in one spot instead of following the sunbeams around the room while they nap can mean something isn’t quite right.

For kitties that are in pain from arthritis or an injury, decreasing activity may be their way of preventing discomfort. The more they move, the more they hurt so they just try not to move. For kitties with fevers or illnesses, they may be too tired or weak to move as much as they used to. They just don’t feel like it, so instead they choose to lay in one spot or move about more slowly.

Besides a change in their activity level, sick cats may change the way they act as well. This can be anything from hiding under your bed to becoming extra clingy as if trying to tell you something. A sick cat may become suddenly fearful or jumpy, finding even the most ordinary things, like a ringing telephone, which makes them run and hide.

For some illnesses, like hyperthyroidism, their activity level and playfulness may actually increase. While most of us wouldn’t see this as a problem, a drastic change like this could mean something is up that needs to be addressed.

Kitties with breathing issues may not lay on their sides, as it makes it harder for them to breathe. They may try to keep their head up in order to keep their airways more open. Cats with neurological issues may suddenly become confused or press their head against the wall or furniture.

Sick cats may become restless at night and prowl around the house or try to wake you up. They may purr constantly, even when they’re not being petted or doing something that you think makes them happy. Purring isn’t just a happy noise, it can also be used if a cat is trying to calm or soothe themselves.

Since animals are typically very food motivated, any decrease in appetite is a significant indicator of illness or pain. Kitties may eat less or stop eating for a number of reasons. With digestive upset, they’re often nauseous or painful and don’t feel like eating. For respiratory issues, they may be too congested to smell their food and, therefore, will not eat. It may cause too much pain to stand or crouch at the food bowl, or they just may be too weak to get there in the first place.

On the other side of this is eating excessively or eating normally and losing weight. Both should be huge red flags that something isn’t right. Kitties that always beg for food even after eating a whole meal are a problem. Also, diabetes, hyperthyroidism, and some intestinal cancers can cause a cat to lose weight even with average or increased food consumption.

Cats may also become suddenly picky when they are ill, preferring more fragrant meals or ones that are easier to chew and digest. Or those extremely picky kitties may become less particular, and instead hoover everything in their path.

For a normal, healthy kitty it may be hard to even tell if they’re drinking water. That’s because cats have adapted to rely more on the moisture in their food than the drinking of water. However, really sick kitties may stop drinking completely. You may not notice the difference based on their water bowl levels, so knowing the dehydration signs will be helpful.

Many illnesses will actually make cats increase their water consumption. Issues like kidney disease and diabetes will have your cat seemingly camped out at their water bowl and have their litter box flooded with urine. They may also have accidents in your house if they can’t get to the litter box on time.

5. Changes in Urination or Defecation

Since I already mentioned a few urinary issues that go hand in hand with water consumption, here are a few more to round it out. Sick kitties may have accidents in the house if their drinking too much and can’t hold it, but they may also have accidents if they’re in pain and can’t climb into the litter box.

Urinary tract issues may give your cat smelly, cloudy, or bloody urine. They may also cry when using the litter box or only urinate in drops instead of puddles.

The litter box will also tell you about their defecation habits. It’s normal for a cat to poop two or three times a day, usually within half an hour of a meal. Constipated kitties will poop less than that or poop tiny, hard nuggets instead of regular bowel movements. Cats with diarrhea will poop more than two or three times a day, and it may come with a watery or soft consistency and fetid smell. Diarrhea may also be bloody or mucousy and cause your kitty’s anus to become red, swollen, and inflamed.

READ MORE: How long can a Cat go without Water? 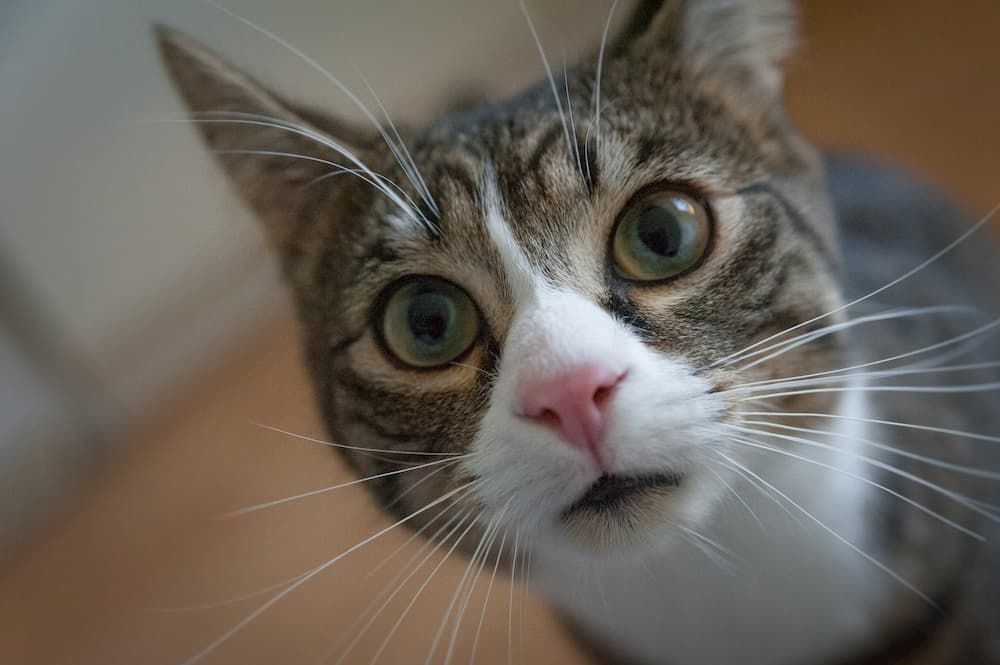 Cats usually are very fastidious groomers. They like to be clean and look well kept. Any decrease in their grooming habits or changes in their haircoat appearance should alert you that something is wrong. Kitties may stop grooming when they’re not feeling well or if it’s painful to do so. A lack of proper nutrients in their diet or absorption of those nutrients from a digestive issue may decrease the softness and shine of their fur.

Skin issues, like parasites or allergies, may have your kitty scratching or licking excessively, and illness or stress can increase the amount of shedding.

READ MORE: What can i give my cat for Allergies

For most healthy cats, occasional vomiting may be a part of life. Whether it’s just hairballs or intermittently food, irregular vomiting is usually no big deal. However, if that vomiting becomes more frequent, such as several times in a day or for more days than one, or it contains blood something is wrong.

Fevers are a fairly common sign of illness in cats. They may run a fever in response to an infection or inflammation anywhere in the body. If you have a thermometer, use it. Rectal temperatures are the most accurate, and for cats the normal temperature is anywhere from 100 to 103 degrees. Anything above is considered a fever and anything below is becoming hypothermic. Both are problems.

If you don’t have a thermometer, other ways to judge your cat’s body temperature is by their ears and nose. These are the areas of their bodies that are least covered by hair so that you get a better feel for the temperature of their skin. Since cats normally run a little warmer than humans, you can’t judge it by comparing it to your skin temperature. Rather, you should develop a feel for how warm your cat is normally and judge their temperature based on that. Fevers may make the ears and nose hot and the nose dry. Fevers usually come with lethargy, a decrease in appetite and other symptoms as well.

When Should Your Cat See a Veterinarian?

Since kitties are excellent hiders of illness, usually by the time you know something is wrong, they’re sicker than you may think. Because of this, it’s important to see your vet at the first inclination. If you notice any of the above signs of illness or pain that come on suddenly or that last for more than 48 hours, see your vet.

Skipping one meal usually isn’t a concern, but skipping several in a row or nibbling here and there for a couple of days should be on your sickness radar. One episode of vomiting or diarrhea may be okay, but multiple episodes or intermittent episodes that span a couple of days is concerning.

It’s important to remember that stress can manifest with some of these same symptoms, mainly diarrhea, inappetence and behavior changes. If your kitty has had a sudden change in their life, such as a move, new furry roommate, or rearrangement of the furniture, you might give them a couple of days to settle in before contacting your veterinarian.

Anytime you think your cat is dehydrated, see your veterinarian. Cats are small critters meaning that it doesn’t take long for dehydration to become severe and life-threatening. Also, fevers should be seen by a vet, especially if they last longer than 24 hours.

Take your cat in for a checkup if you notice any lumps, bumps, areas of pain, weight loss, or changes in their haircoat or behavior. You’re the best judge of your kitty, use your intuition. If something doesn’t feel right, it’s probably not. There isn’t a veterinarian out there that doesn’t mind seeing a kitty that’s only a little bit sick rather than one that’s nearly gone.

READ MORE: What to Do if Cat Not Eat? 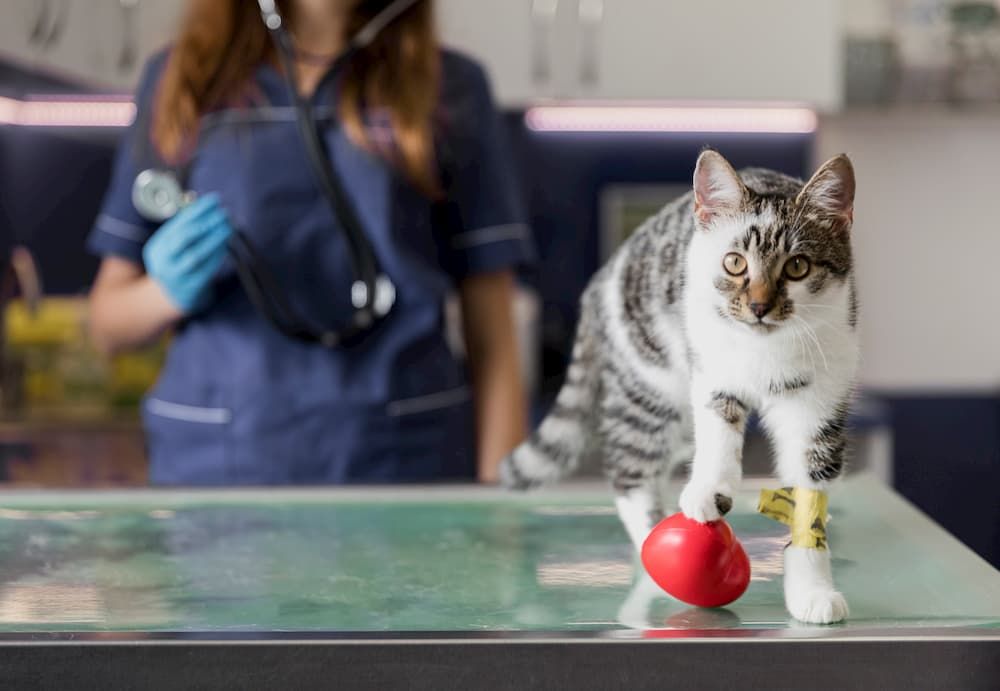 Cats are the masters of hiding sicknesses and pain. As a survival tactic, they go to great lengths to make us think that they’re in tiptop shape when the opposite may be true. Knowing your kitty in and out will help you to pick up on the slightest differences that may indicate a health concern. So, get comfortable with the signs of sickness in cats so that you won’t be caught off guard should your furry companion ever become ill.

Toxoplasmosis in Cats: Symptoms and Prevention 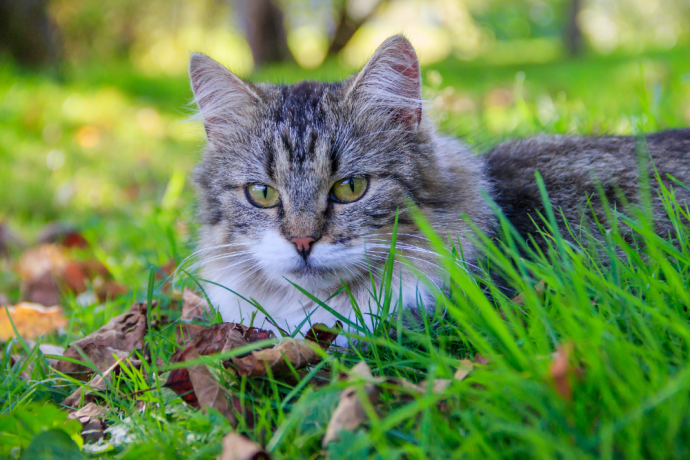 What to do with a Stray Cat 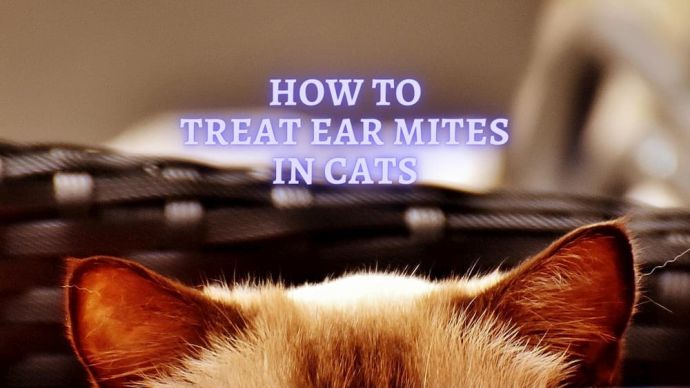 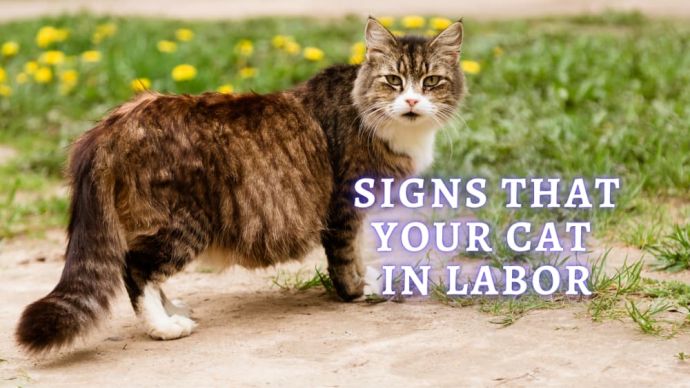 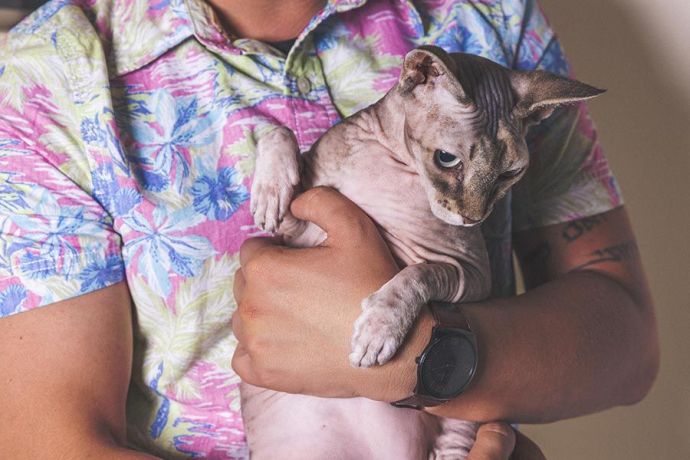 Vaccines for Cats: What Shots do Cats Need 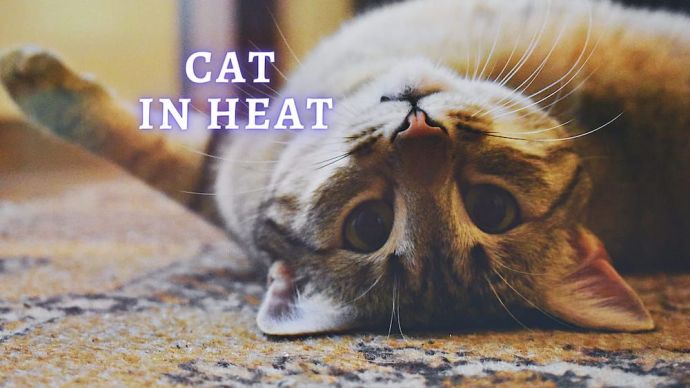 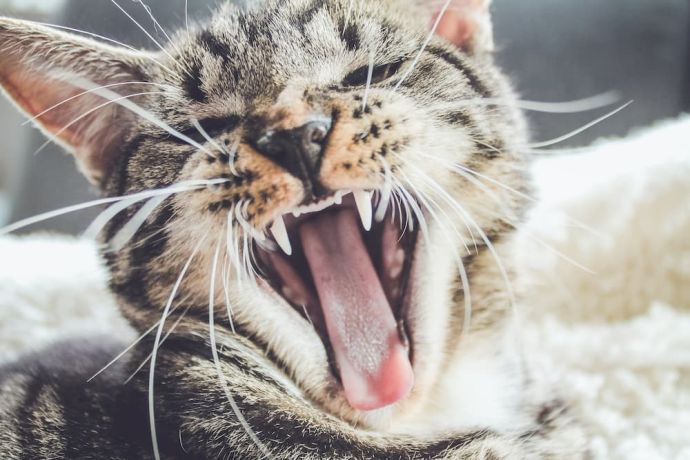