How to Stop Puppy Growling and Other Signs of Aggression 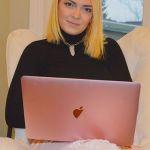 Written
by Jane Leonhardt
View all 6 articles Learn about our editorial process and veterinary review board.

Photo by Robert Gramner on Unsplash

If you’ve ever experienced a dog growling at you, you know that it can be unpleasant and downright scary. However, it’s just another way that dogs communicate with us! If you’ve got a growling puppy, they’re just trying to tell you something. It’s up to you as their pack leader to figure out what they’re trying to say and make sure they’re safe and comfortable so that the growling as a puppy doesn’t turn into a bite or an overall aggressive personality.

First, it’s essential to know that any breed can produce a puppy that growls. Just because you have a known family-friendly dog like a golden retriever or a lab doesn’t mean they are exempt. Just like having a pit bull or boxer doesn’t mean they’ll turn out to be aggressive! It’s all about genetics and how the puppies are raised.

Recognizing the signs of aggression in puppies is important because you’ll start to see that there’s a pattern. From here, you should be able to learn how to stop that pattern of poor behavior and replace it with perfect behavior.

Why is my puppy growling?

Remember, your puppy can’t tell you with their words what they’re thinking. Keep these situations in mind if you feel your puppy is becoming aggressive: 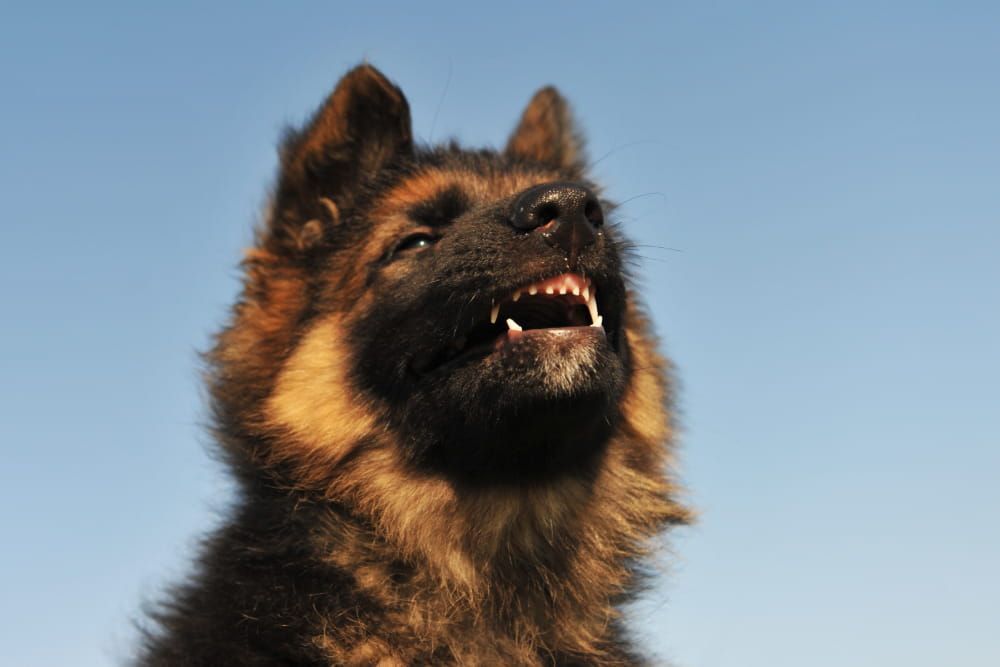 It’s important to remember that not all growling is aggressive, but it’s unnecessary. Even good growling (playful) should be trained out of your dog as it can be seen by others as a sign of bad aggression.

How to train a puppy to stop growling

If you’re worried that your growling puppy will become an aggressive adult, you must take action sooner than later. These behaviors can be eliminated with the right amount of training, time, patience and love!

First and foremost, it’s important to remember to never use negative punishment, only positive reinforcement.

Shouting at or physically punishing your dog can be seen as an act of aggression from you. If this is the case, your dog might become even more defensive that the growl can turn into a bite or a full-on attack.

These situations are not to be blamed on the puppy! They don’t have hands or words to communicate with and they are only practicing behavior that they haven’t yet been taught is incorrect.

You should only reward your puppy for desired behavior, never punish for unwanted behaviors.

When your puppy growls at people

The short answer to training your puppy is to make sure they know that they’re safe.

If you know that your puppy is nervous or becoming aggressive when there are strangers or children present but, say you have a birthday party coming up, try to start small.
Invite one new person over and reward your dog with treats every time they have a positive reaction to the new person!

Have the new person give the dog a treat as soon as they start to calm down. If things start to turn sour, ignore the dog or use a stern – but not aggressive – command when they start to growl.

Keep giving your puppy treats for as long as they’re behaving well and stop giving treats and attention as soon as the dog starts behaving adversely.

It’s important to not overwhelm your puppy. If you find they’re becoming uncontrollable, remove them from the situation and try another time again. Dog’s aggression is a result of them feeling threatened and as their leader, it’s your job to make them feel safe.

You are not likely to succeed the first time and that’s okay! It’s going to take a lot of patience to train unwanted behavior out of your dog. If you feel they aren’t ready for a big visit or a trip out of the house, keep them safe in a quiet space with only a few people until they’re ready.

When your puppy growls around food or toys

If you notice that your puppy’s triggers are growling around toys or food, then you need to make them work for what they want.

Before feeding, make your puppy sit, lie down or get in their crate. Don’t allow them to start eating right away. Wait a second or two and then say “eat!” or “go ahead!” They must know that they can’t just have whatever they want when they want it. They need permission.

Some dogs are aggressive while they are eating or playing and will growl at anyone who comes near! If this sounds like your dog, here are some steps to take: 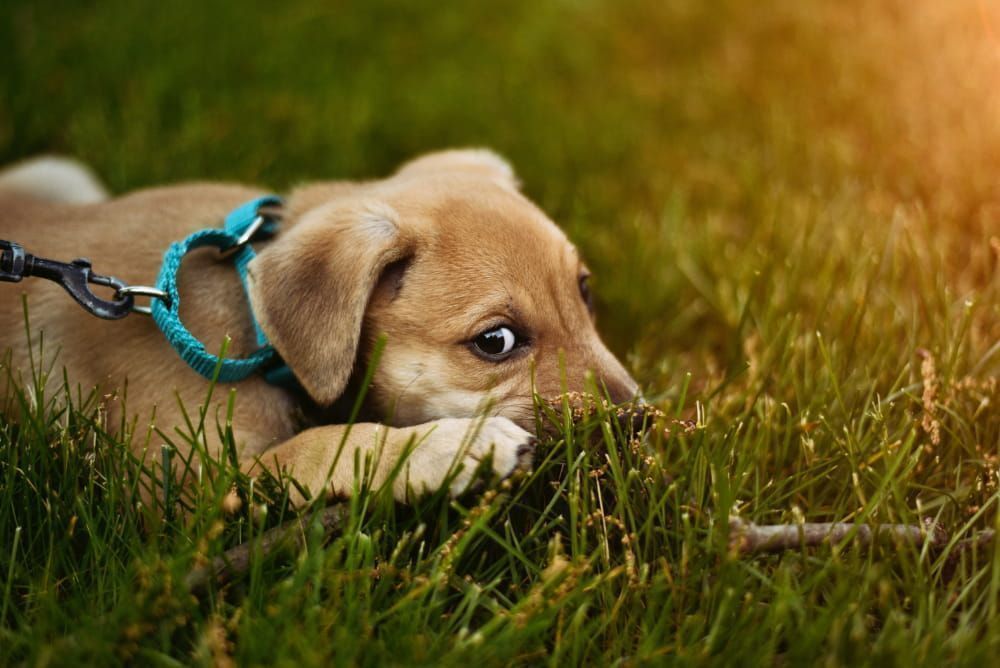 Photo by Nick Mundackal on Unsplash

When to bring in the pros

If you find yourself getting impatient with your dog, their behavior is not improving or aggression getting worse, you should consider hiring a professional.

ProfessionalProfessional dog trainers/behaviorists can be expensive, and the training sessions can feel time-consuming, but these factors are nothing compared to the reward of having a well-trained dog and they might save you from massive expenses or heartache down the line!

Remember, your puppy is doing their best, too! They’re just trying to tell you what they need to feel safe and comfortable. It’s up to you to provide that for them.