My Puppy Shakes while Sleeping

It might not seem possible, but a dog can lead a very active life during sleep: it can twitch its limbs, flinch, whine, wiggle its ears, grin, and even howl. While there is a harmless explanation for this behavior, there are several situations in which a dog twitches in his sleep due to pathological conditions and may need emergency medical care. But how do you not miss the first alarm bells and not confuse the usual behavior of a pet with the symptoms of the disease?

Shivering occurs in both people and dogs; in particular, small puppies. So why are the puppies shaking? The problem is a whole set of reasons, which we will now consider.

This is the first thought that usually comes to mind, and is quite likely, as the thermoregulation in a small puppy is not yet well developed. Puppies of some breeds are generally very susceptible to cold (chihuahua, etc.), so initially keep your small pets warm, especially at night.

A hungry puppy will feel cold much earlier than a full one because its body didn’t get enough calories. Much depends, again, on the characteristics of a particular breed, as well as on the amount of subcutaneous fat.

Some puppies shiver in their sleep (in the so-called REM sleep phase). You can even observe twitching eyes under the lowered lid and funny paw movements. Scientists have repeatedly questioned the fact that these animals can dream. In the middle of the last century, it was suggested that dog shudders during sleep are not because of dreams but because of nervous reactions.

The research was carried out with the help of equipment, and the hypothesis was confirmed. After such a statement, the issue of dog sleep attracted even more attention, and it was actively studied. A decade later, various publications increasingly appeared containing articles on this topic. By observing the movements of the ears of sleeping dogs, scientists were able to discover that dogs not only see dreams but also hear them. In the ’80s, with the help of the latest equipment, they received confirmation that dogs see disturbing, frightening dreams and can live events already seen during sleep.

In the first year of life, the dog is learning the world, and it faces many things that inspire fear and awe. Trembling is a natural reaction of a puppy’s body to fear and fright. With proper training and socialization, everything will pass with age.

Shivering with excitement usually occurs in puppies of highly active breeds. The excitement, in this case, is of a slightly different kind – an “excitement from impatience;” for example, impatience of waiting for a walk, new meetings, new acquaintances, new knowledge.

Dogs can shake due to inherited diseases (shaker syndrome, in particular). Often, this disease affects West Highland White Terriers and Maltese Lapdogs, among others. If you notice your dog is shaking and is not coordinating its movements well, contact your veterinarian immediately. It’s important to make a correct diagnosis and start treatment as soon as possible!

Shivering in puppies may be caused by a wide range of different infectious diseases. That is why many respected authors advise refraining from contact with other dogs (and from active walks) until the puppy is fully vaccinated.

In any situation, do not take risks unnecessarily – if there are any doubts or suspicions, do not look for answers on the Internet, and seek professional advice from a veterinarian. Thus, you will protect your little pet from many problems; you may even save his life. 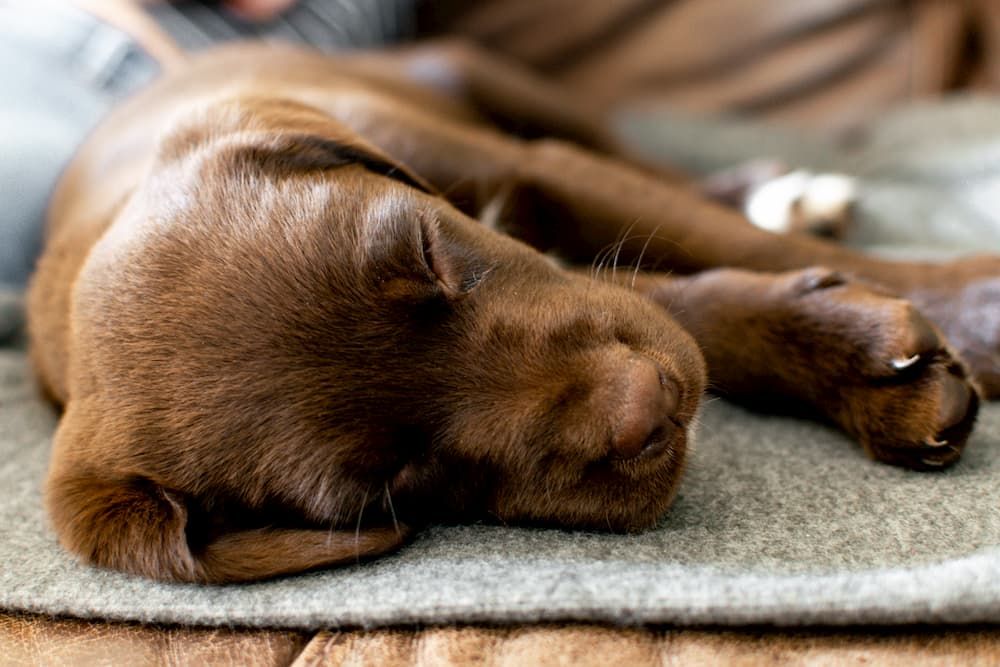 Photo by Ethan Kent on Unsplash

When there is no Reason to Worry

If a small pet twitches and whines during daytime or nighttime sleep, you should not worry. It is also normal if the sleeping puppy’s eyes are not completely closed. In this case, you can examine the eye and understand that it is protected by a transparent film – this is the third eyelid.

If you watch a recently awakened puppy, you can see how he tries to repeat what he saw in a dream: the pet abruptly moves his paws in a dream, trying to run. Usually, the dog lies on his side, his paws begin to twitch, and sometimes this process is accompanied by whining and even barking. Some babies bark so loudly that they wake themselves up.

If a puppy is active during sleep, it means that he has entered the REM phase. When the dog wakes up on his own, and he was not woken up earlier, he will not remember what he saw in the dream. And if the dog was awakened by his own barking, he might jump up and continue what he was doing in the dream, which is quite normal.

How not to Miss the Warning Signs?

Novice owners can be intimidated by their pet’s natural twitching during sleep, as it resembles convulsions. If in doubt, you can try to wake your pet. A healthy dog quickly wakes and reacts to you, and if it turns out to be a convulsive attack, it is impossible to rouse them from the involuntary shaking.

If your puppy is weak after awakening, barely raises his head, does not stand on his paws or does it slowly, straining hard, you cannot delay – you should take your pet to the veterinary clinic as soon as possible.

Severe weakness occurs in the animal after suffering convulsions, which don’t stop when the owner calls him sharply or tries to wake him up. If the dog starts to get up or run in a sleeping state, you should think about whether he is in a stressful situation in his sleep.

Weak twitching of the limbs in sleep is normal, but intense, jerky movements of the legs can signal serious violations of the central nervous system.

Even a 10-minute procedure may reveal the following signs of the disease: 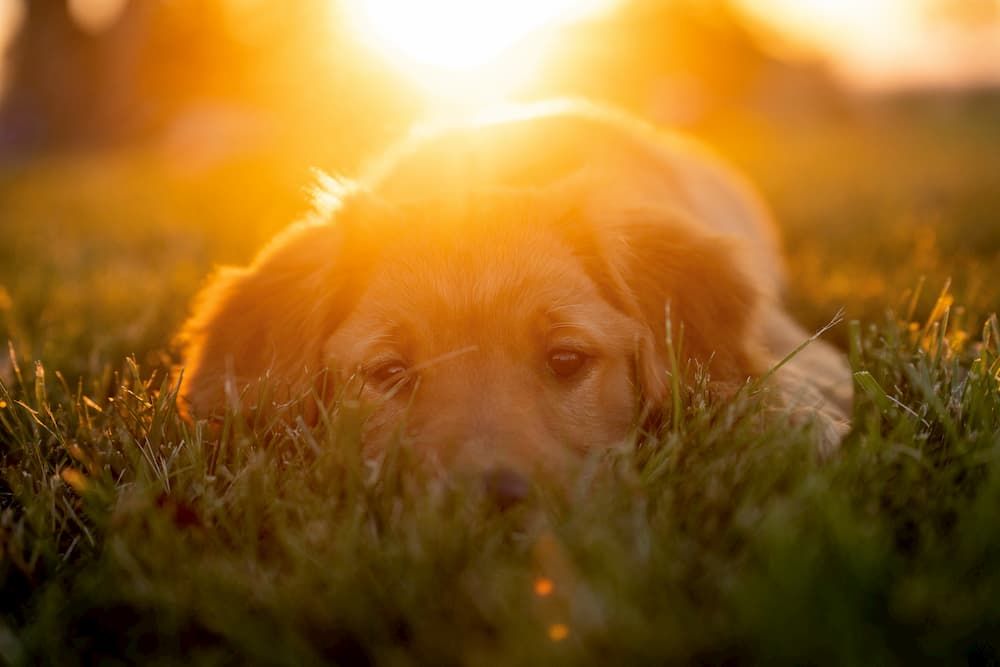 Photo by Tim Umphreys on Unsplash

The following Conditions can dramatically affect the Dog’s Physiology and Sleep:

Many pathological processes, both acute and chronic, can cause the dog to twitch during sleep. The owner should pay more attention to the condition of a four-legged friend. And if there are no warning signs – you can just smile when the pet “runs” or “talks” in a dream.

I’m happy to report that I think my dog comes under the excitement section. I took him to the vets for a check up just to be sure and I think I can rule out the other options. Plus he’s just a generally happy and peppy pup! I noticed that my dog was kicking its back legs while sleeping a lot more than usual. I searched ‘why do dogs twitch when they sleep’ and now I have the peace of mind thanks to this guide!