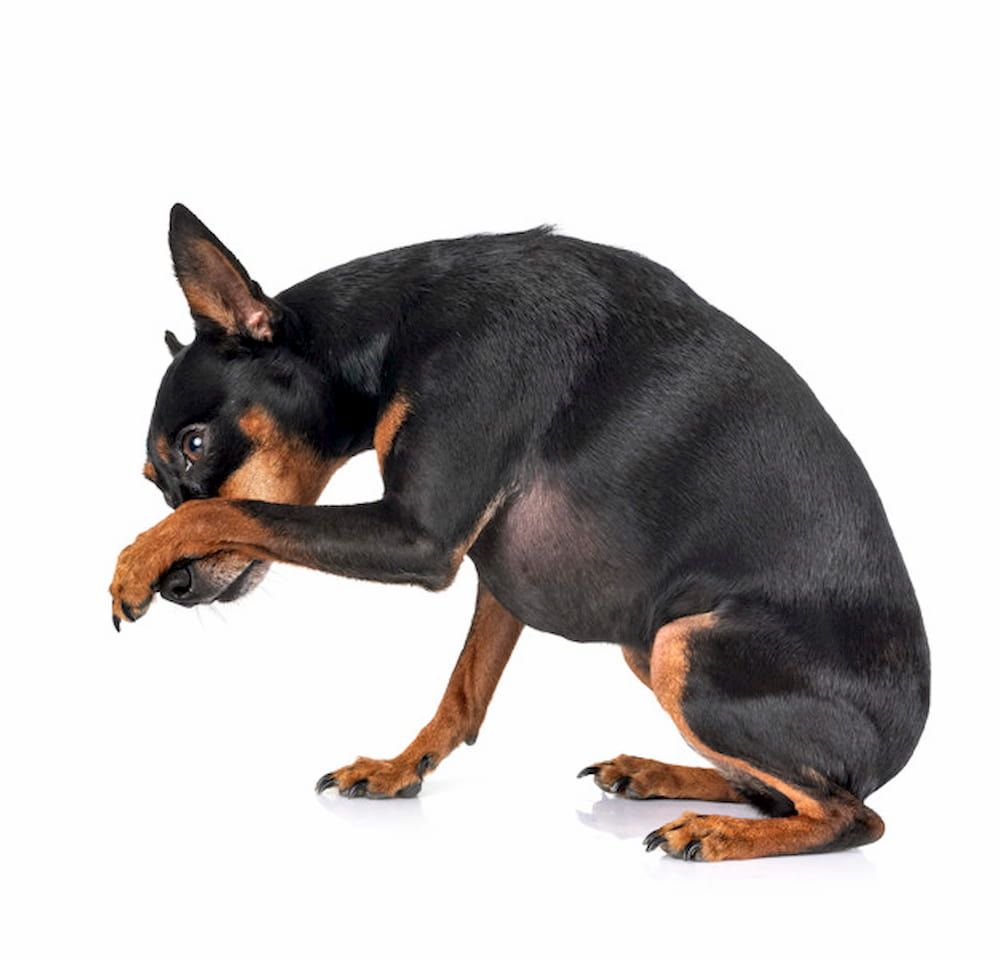 Why is my Mog so afraid of loud noises?

Even a completely healthy dog ​​can be scared in certain situations, and it is a natural reaction. In most cases, when a dog hears the explosion of firecrackers or thunder several times, he begins to realize that the noises are not harmful. Eventually, the dog ceases to respond to them. Problems arise when the fear persists, causing your pet to panic. Usually, the solution to the problem is that you should train the dog not to be afraid of gunshots or similar kinds of loud noises. If an animal is not afraid of gunshots, it is probably not afraid of other sounds. Whether it is thunder, backfire from a car, or fireworks. So, let’s take a closer look at why fears arise and what to do if your dog is afraid of gunshots, thunderstorms, fireworks, and loud sounds in general.

What causes fear of loud noises?

The reasons why a dog is afraid of loud sounds and noise outdoors can vary. Usually, it is the fault of psychological trauma, once experienced horror. The strong impact that a dog undergoes “breaks through isolation”, and there appears an abnormal stable connection between certain nerve centers that manifests itself in all cases when the dog later encounters similar irritants.

It is not always possible to identify the specific cause of persistent pathological fears. Imagine that a puppy was attacked by a large dog that tore a tuft of hair and frightened it severely. Simultaneously, a motorcycle roared past and you, being passionate about saving the puppy, did not pay attention to it. The puppy might be afraid of large dogs all its life as well as the sound of motorcycles.

A weak irritant can also “breakthrough isolation” if it acts constantly and causes a negative feeling in the dog. That is, the dog constantly receives confirmation that a particular phenomenon or object is dangerous. For example, if you punish a pet every time a doorbell rings, the animal may panic and relate their fear to the bell’s sound. Pathological fears can develop due to a weakened nervous system and whether a dog grew up in a nervous environment.

READ MORE: How Much to Feed a Puppy

What you cannot do when accustoming your dog to loud noises

When you start to work with puppies and dogs’ fears, it is important to follow the rules:

Do not try to calm a dog with hugs

When a dog is scared, the first reaction of a person is to hug the pet. These are characteristic reactions of primates; they will act on the frightened young of the monkey but you cannot soothe a puppy in this way – except perhaps a very young one who has not learned yet. When the dog is afraid, it regards any physical restriction of movement as a blockage to salvation. This dramatically increases the fear. If you are close to your dog, the pet may feel more confident; it may even begin to cling to your legs, but this is just an attempt to defend itself. It does not wait for your hugs. A dog takes the defense in this way – either you block it from danger or attack the enemy.

Your dog will mistake verbal praise, stroking, and treats as an endorsement of its behavior and confirmation that one needs to be afraid of a particular situation. The dog may take food from you, but on the whole, it will only aggravate the situation.

Do not punish the dog

Shouting, pulling a leash, or hitting a dog when it is frightened by a gun salute, thunder, or other loud sound is completely unacceptable.

If the dog is frightened of a sound that is not dangerous, ignore its fright and remain completely calm. Do not release him from the leash if you know that you may run into any “danger.” If your dog is afraid of fireworks, do not take it for a walk without his leash on related holidays. If the dog is on a leash, do not show any signs of fear. Your patience will show the dog that there is nothing to fear. If your dog breaks into a run without his leash, try to stop him with a loud, calm, and non-threatening command.

Do not chase the dog

Follow your pet calmly, periodically calling it back in a friendly voice. It is clear that in such a situation, the dog may try to get under the car, but shouting and chasing will not improve it. On the contrary, this will increase the chance of an accident. 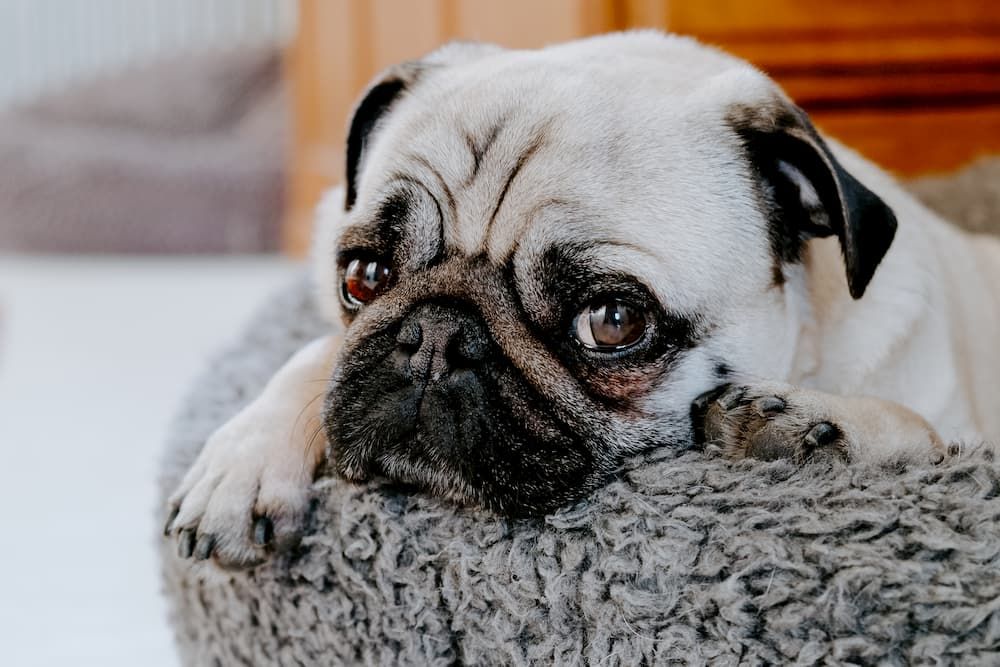 Photo by Karin Hiselius on Unsplash

How to wean a Dog from fearing gunshots and loud sounds

Exercise is suitable only for persons of legal age

If you have an adult dog that has a constant fear of fireworks and other loud noises, it can be not easy to cure. In a state of panic, the pet loses its head, and, as a result, educational measures do not work. However, there is a fairly reliable method that allows you to wean a dog from being afraid of loud sounds permanently, it is called gradual accustoming. The method’s essence is to gradually increase the stimulus or gradually reduce the distance from it to the dog.

As already mentioned, accustoming to sharp sounds usually comes down to training him not to be afraid of gunshot noises. If the dog is not afraid of them, then as a rule, he should not be afraid of other loud sounds, such as fireworks or thunder. For training you will need:

How to teach Dog not be scared of loud noises?

Now let’s take a step-by-step look at how to teach your dog not to be afraid of shots.

Step 1: Teach your dog not to be afraid of long-distance shots

It’s best for the dog if you start training in a familiar and safe place. First, let him sniff the gun, give him a treat, and hand the gun over to your assistant. Next, you keep the dog on a leash, and the assistant moves away from him at a distance of 150 steps and shoots up into the air. If the pet is not afraid immediately after the shot, praise him and give him a treat. If the dog is worried, repeat the same after he completely calms down. If he is terrified, tell the assistant to move away from the dog a few more steps. Shoot again only when the dog has fully recovered from the previous shot.

When the dog ceases to be afraid of shooting at a given distance, reduce it by 20-30 steps. When the dog stops responding at this distance, lower it again. Don’t be in a hurry! It’s better to start training at a longer range and reduce it slowly. Over time, move the training to places that are less familiar to the dog and more lively. At the beginning and end of each lesson, let the dog sniff the gun and encourage him with a treat.

Step 2: Teach your dog not to be afraid of short-distance shots

Again, you will need an assistant, and this should be a person the dog knows well. Give a “sit” command, let the dog sniff the gun, and give him a treat. Then, without unfastening the leash, move away from him by 2-3 steps. The assistant at the same time takes the gun, moves away from the dog at a distance of 10-15 steps, and shoots. If everything goes well, go to the next exercise.

Give a “sit” command and hand the leash to the assistant. Pet the dog, let him sniff the gun, give him a treat, and command him to “sit.” Stand back at a distance of 20 steps and fire a shot. Come back, encourage the dog with a treat and let him sniff the gun again. Proceed to training without an assistant – fire the gun yourself and ensure that the dog remains sitting. When you complete this step, call for the dog after the shot by giving him the command to “come.” Praise the dog as he approaches and let him sniff the gun. Reduce the distance gradually. It is perfect when the dog obeys the “sit” command during a shot in the immediate vicinity.

At the beginning of training and beyond, when you switch to a new exercise, you should not shoot several times in a row. Wait about 15 minutes, make sure that the dog has completely calmed down, and only then fire the next shot. If after a new shot the animal is frightened in the same way as with the first one or stronger, stop training and resume the next day, increasing the distance. 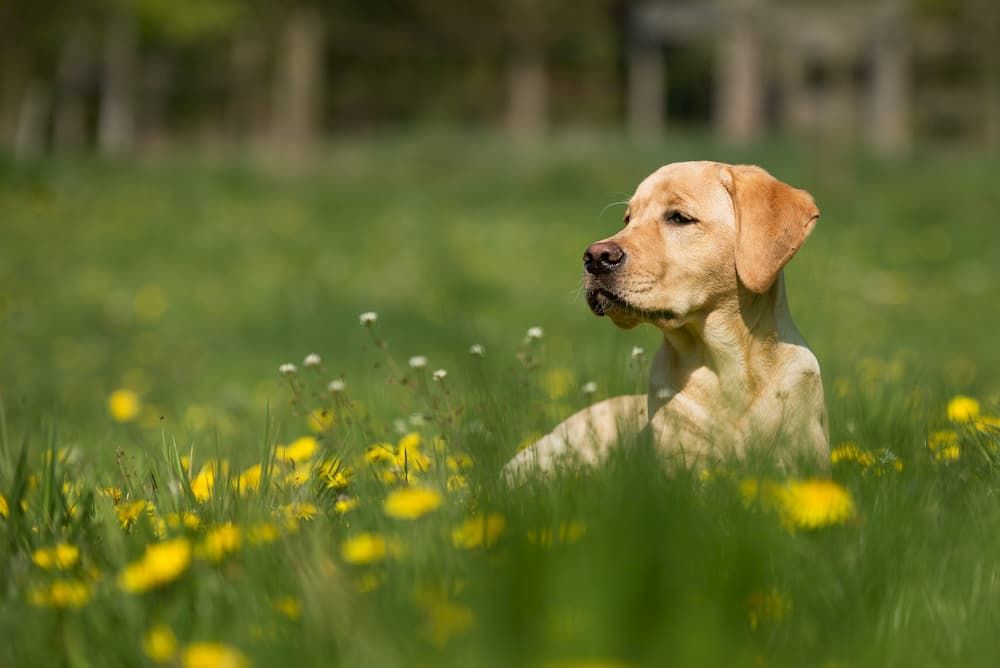 Even in the most neglected case, with the help of systematic and regular training with the dog, the owner can achieve a positive result and help the dog learn how to live without fear.