Much like for toddlers, when you have a dog (of any age!), you need to have eyes on the back of your head to ensure they do not get hold of something that they shouldn’t. Dogs tend to explore the world with their mouth, which means that a new discovery may be licked, tasted and then ingested if it seems interesting.

While one might assume that dogs should have some common sense when it comes to eating things that they find outside or within the home, this is rarely the case. Some breeds are worse offenders than others and Labradors and Beagles are both notoriously prone to eating toxic things as they are very food-driven and curious. 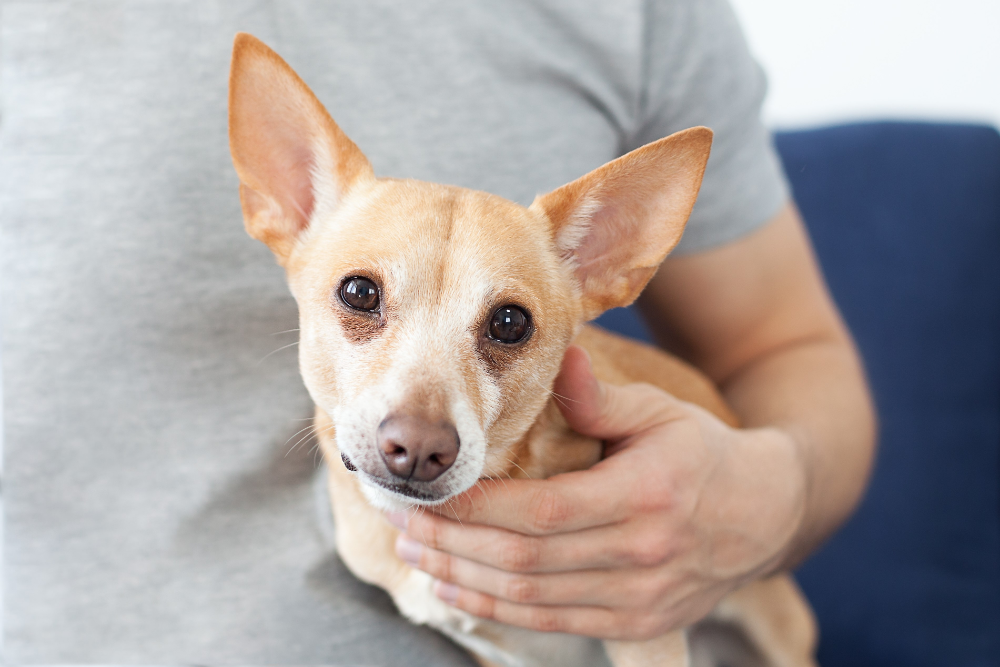 Remember, the signs of toxin ingestion are quite different from intestinal obstruction. Obstruction occurs when a dog has eaten something that has become lodged and blocks food and water from passing along their digestive tract. Foreign bodies that can lodge typically include plastic, socks, and foods such as bones and corn on the cob. Obstructions cause frequent vomiting, abdominal pain and bloating as well as constipation or diarrhea. Sometimes, those affected may be suspected of having been poisoned so an X-ray or abdominal scan may be needed to assess for any potential blockage.

Poisoning in dogs can range from a very mild stomach upset to total organ failure and death, so it is never something we should take lightly.

How do I know if my dog ate something wrong?

Unless you see your dog ingesting something they shouldn’t, it can actually be very tricky to know if they have been poisoned. The symptoms of eating something toxic are variable and can mimic other common illnesses such as viral gastroenteritis or pancreatitis.

We often have to become detectives and look carefully around the house and garden to determine if the dog may have got to something. For example, we may see that the rubbish has been tampered with, the house plants have been nibbled or there is an open bottle of ant-freeze in the garage. When a dog is unwell and we suspect even the smallest chance of toxicity, it is important to have them checked out, just in case.

A vet will check your pet from nose to tail to look for any clues, and they might also order some tests such as blood work or a urinalysis. For example, if they have eaten anti-freeze, we will see specific crystals (calcium oxalate) in their urine or if their kidneys are failing due to grape toxicity we will find that their kidney enzymes are sky-high on a blood test.

What are Poisons my Dog may be exposed to? 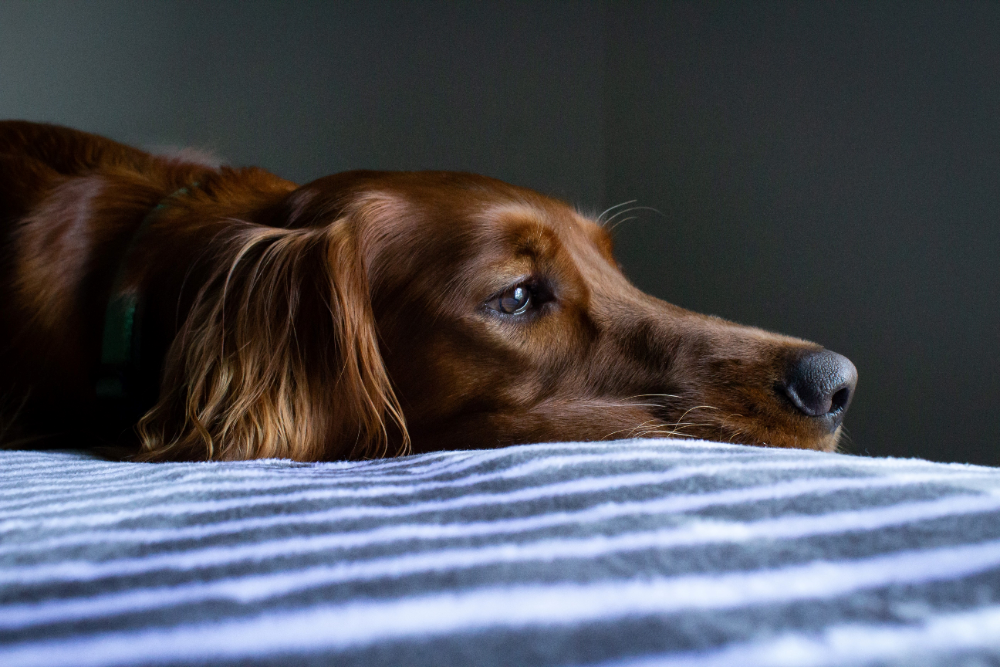 While there is an almost unlimited number of things that dogs can eat which could poison them, there are certain ‘serial offenders’ that we see in the clinic time and time again. These include:

White chocolate is not toxic, while dark chocolate is the most damaging to a dog as it contains the highest amount of theobromine.

Depending on the type of rat poison consumed, a dog may develop neurological signs or a clotting disorder resulting in internal bleeding. Dogs can become poisoned either by eating the bait directly or by eating a rat that has been poisoned.

Anti-freeze has a sweet taste and is often left out in the winter months. It can cause dogs’ kidneys to fail.

While it is rare for one-off ingestion of these veggies to cause illness, dogs that eat them over time can develop dangerous anemia.

These fruits are highly toxic to some dogs (some dogs seem immune to their effects and we do not yet know why). They can cause acute kidney failure, even in very small amounts.

It is not unusual for dogs to find their owner’s medicine and decide to have a taste. Signs will depend on what has been ingested and in what quantity. For example, eating pain killers such as Ibuprofen can cause vomiting, diarrhea and stomach ulcers.

Dogs are actually more robust when it comes to eating spoiled food than we are as they have a stronger constitution. However, if they eat very stale or moldy food, we may see a gastrointestinal upset, tremors and even seizures.

This is the ‘scum’ that is sometimes seen on the surface of stagnant water that produces toxins which are dangerous to both humans and animals. If not treated promptly, dogs can develop liver failure and die.

READ MORE: How do you know if your Dog has Fleas

What about food Poisoning? 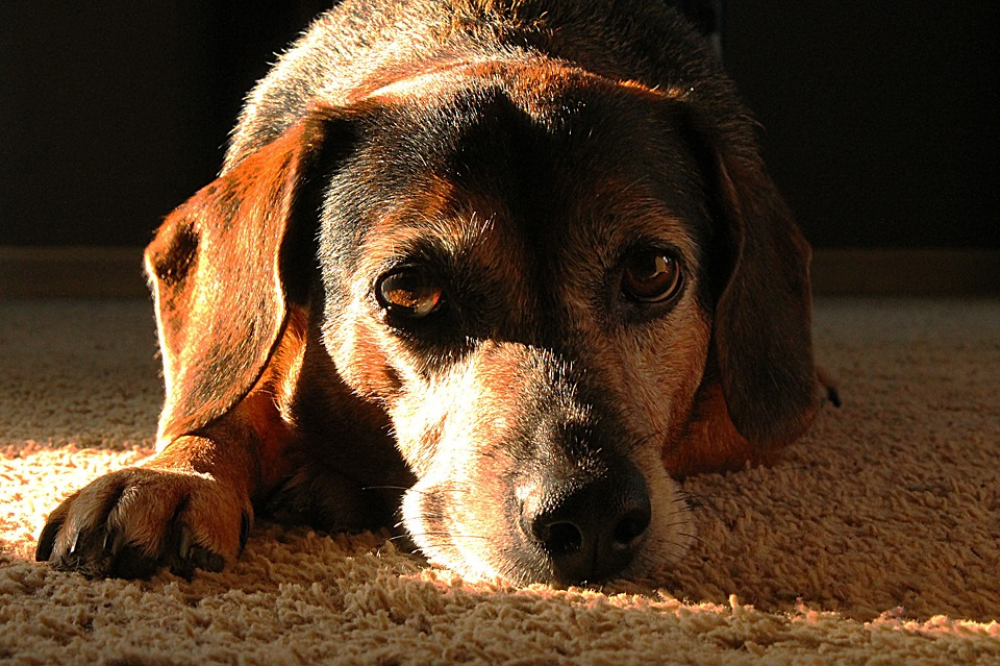 Though food poisoning is not as common in dogs as it is in us humans, it is seen most often in those who eat raw food, even the pre-prepared type. If contaminated with bacteria such as Salmonella, E. coli or Campylobacter, a dog can become acutely ill. Owners need to be wary, as they can be exposed to the infection and quickly become unwell too. Affected dogs will have vomiting and diarrhea and can become dehydrated and lethargic. Mild cases can be treated by starving dogs for 12 hours and then introducing a bland diet such as boiled white chicken and rice for a few days. Those that are very sick may need to be admitted into the veterinary hospital for intravenous fluid therapy, antibiotics, and anti-sickness medications. Most cases of food poisoning will last for about one to two days. You can use our tool pet food finder to choose the right for your dog.

How long does it take for a dog to be poisoned?

Most toxins will cause a dog to develop symptoms very quickly, in less than 24 hours. However, some toxins take time to build up in the system (such as garlic or onion) and a dog may not become noticeably ill for several months.

READ MORE: How ot Give a Dog a Pill

The treatment of toxicity is completely dependent on what has been ingested. Some toxicities will have specific ‘antidotes’, while others are simply treated symptomatically while the dog takes time to recover.

READ MORE: How many Treats per day for a Puppy 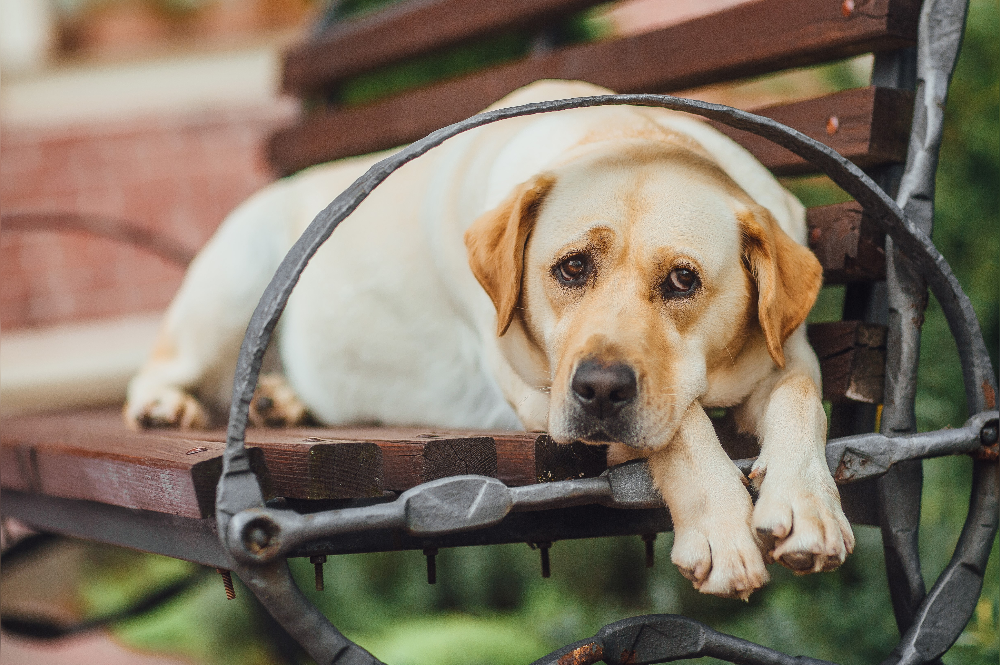 Most toxic substances do not, however, have a specific antidote and are managed in a similar way. The treatment can include:

1. Making a dog vomit with an injection called Apomorphine

It is imporatnt to throw up as much of the poisonous substance as possible. However, it is not always advised for a dog to be made to vomit and it can be dangerous to do so in some circumstances. Dogs that are unconscious or having fits should not be made to vomit, nor should those that have eaten corrosive substances as they could damage the esophagus on the way back up.

Black, messy substance is syringed into the mouth or added to some tasty food for the dog to ingest. It coats the lining of the stomach and the intestine, preventing further absorption of any dangerous substance.

These are often used but are especially important when a dog has eaten something that could adversely affect its kidneys. They are given through a catheter placed into a vein, usually for a day or two. They are also useful for vomiting and/or not eating as they prevent dehydration and provide a source of salts and sugars.

A good example of this is when a dog has eaten a large amount of chocolate and has a dangerously elevated heart rate. They will be given medication (beta-blockers) to slow the heart and prevent any arrhythmias which could be life-threatening.

5. Close monitoring of the patient

It is usually important for your dog to be admitted into the veterinary clinic so that they can be closely monitored for any deterioration and, if they do become suddenly unwell (e.g. develop seizures), can be treated promptly.

READ MORE: My Dog Throws up Once a Week

If you have any suspicion that your dog has been poisoned or has eaten something inappropriate, do not hesitate to contact your local veterinary clinic, regardless of the time of day. Speed is of the essence and many dogs can make a full recovery if they are treated promptly.