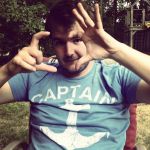 When looking to create a sustainable and exciting freshwater aquarium environment, it can be not easy to look past the many exciting and colorful fish on offer. However, plenty of other water creatures can be purchased to make your tank a little more unique. Freshwater snails certainly fall within that category. Just like all forms of pets, freshwater snails can be found in all shapes, sizes, and colors, making it easy to find something that catches the eye for your aquarium. There are also plenty of snails on the market that boast incredible shell designs that are certainly interesting to admire. Not only this, but snails can live for a very long time within a freshwater aquarium environment. 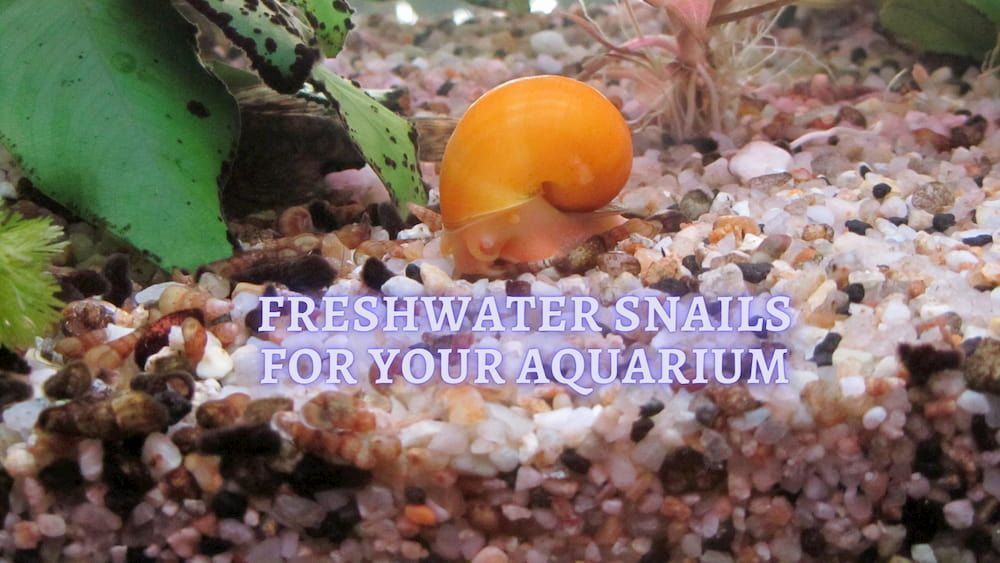 Image by @superkoala from Pixabay

Are Snails good for Freshwater Tanks?

While some people may dismiss freshwater snails as weird and boring, they can be very beneficial to your tank. Just be existing within the aquarium ecosystem, they can improve the lives of the surrounding fish. The main benefit these creatures bring is an increased level of beneficial bacteria, making for healthier fish habitat. Not only this, but snails are experts in cleaning the tank too.

Think of them as your own little aquarium vacuum cleaners. They can remove harmful substances from the tank’s glass walls and the base, thus improving the health of the water and fish within it. The snails do this by literally eating the waste and digesting it, including fish waste, rotten leaves, leftover food, and more. If you have substrate at the bottom of your tank, which many aquarium owners do, then these snails will also be able to eat away at the accumulating organic material and waste. They do this to such an extent that you don’t have to clean the tank as much. Therefore, snails can improve the look of your aquarium, the health of your fish, and cut down on time spent cleaning up. What’s not to like?!

What kind of Freshwater Snail do I have?

There are many different types of freshwater snails on the market, but we thought we would take you through ten of the most popular out there. If you currently have freshwater snails within your tank and don’t know what they are exactly, it is very likely that they fall under one of the following categories [2]:

These are one of the most popular starter freshwater snails and are famed for their tank cleaning abilities, digesting algae at an incredible rate. You can spot them by observing the brown, orange, and yellow coloring, often sporting stripes across the shells. 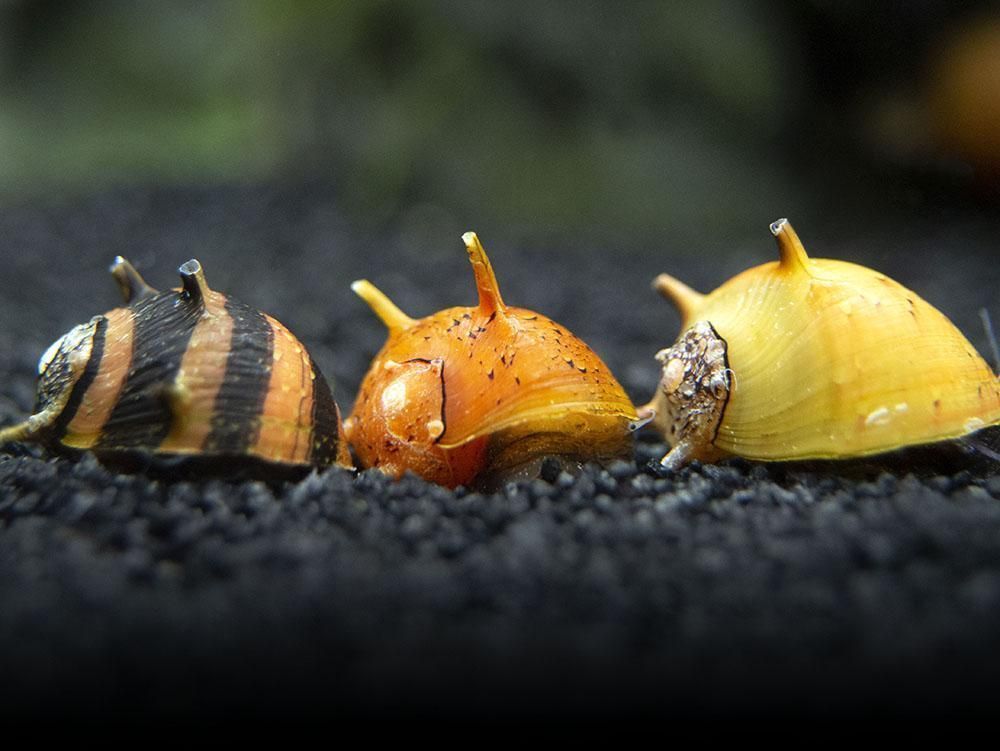 As the name suggests, these snails stand out due to their bright gold and circular shells. They also grow to become one of the largest species of freshwater snail. 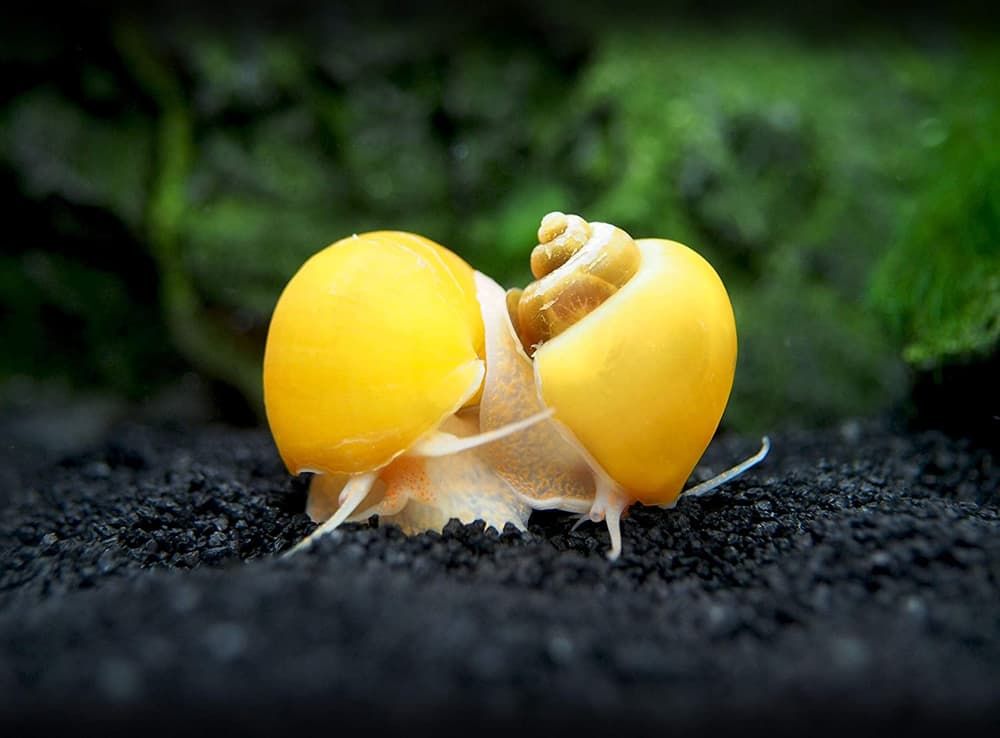 This species will blend into the background far better than their golden cousins and do a great job cleaning up the tank. Ideally, you should keep your water levels a little lower to ensure that they have room to come up for air. 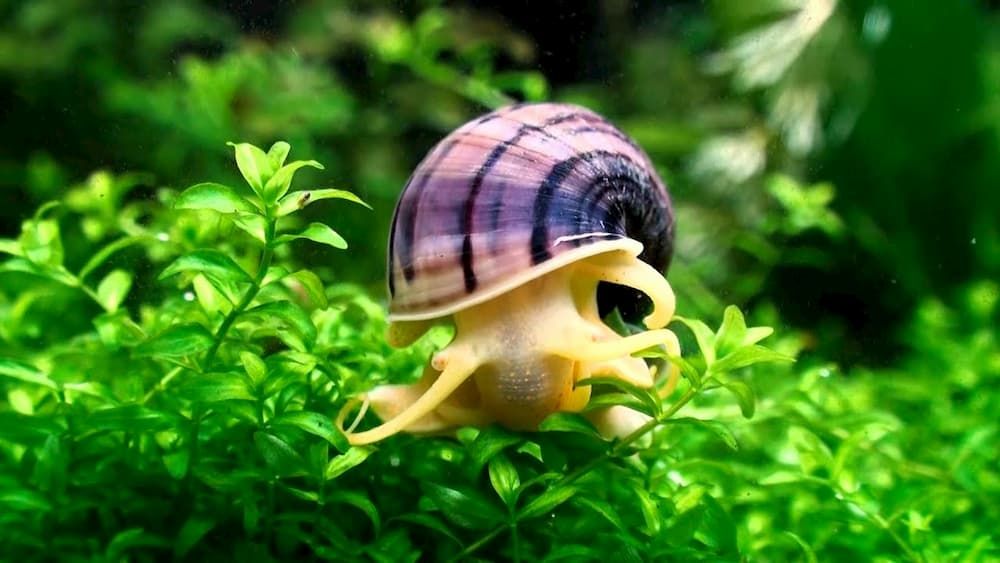 As the name suggests, you can spot these snails by the distinctive tiger-like coloring and pattern across their shells. The main selling point for this species is that it plays nicely with most fish, snails, and plants. 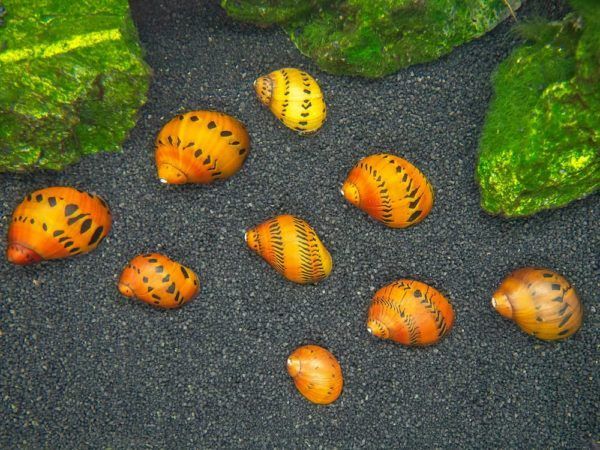 Another from the Mystery Snail family, this one comes with white jet shells, which can look like beautiful pearls within your tank. These can grow to be rather large and should not be kept around large fish, or else the latter may become aggressive. 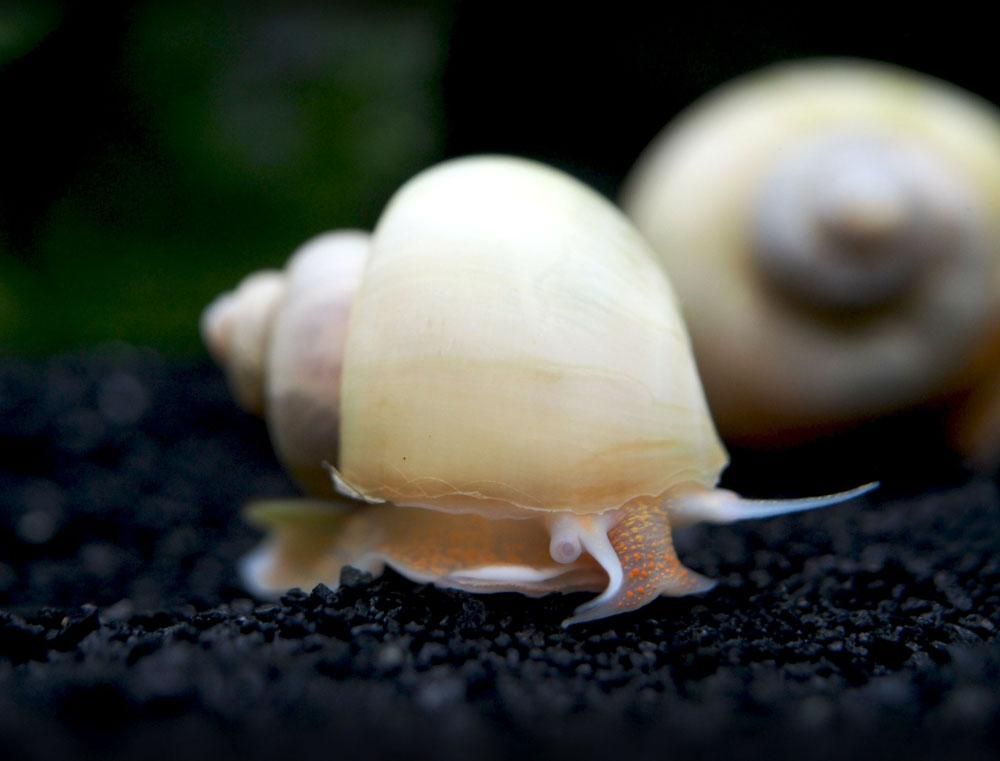 These snails sport more circular spiral shells, far different from the others on the list so far. They also do a great job of cleaning up and have distinctive markings on the shell. 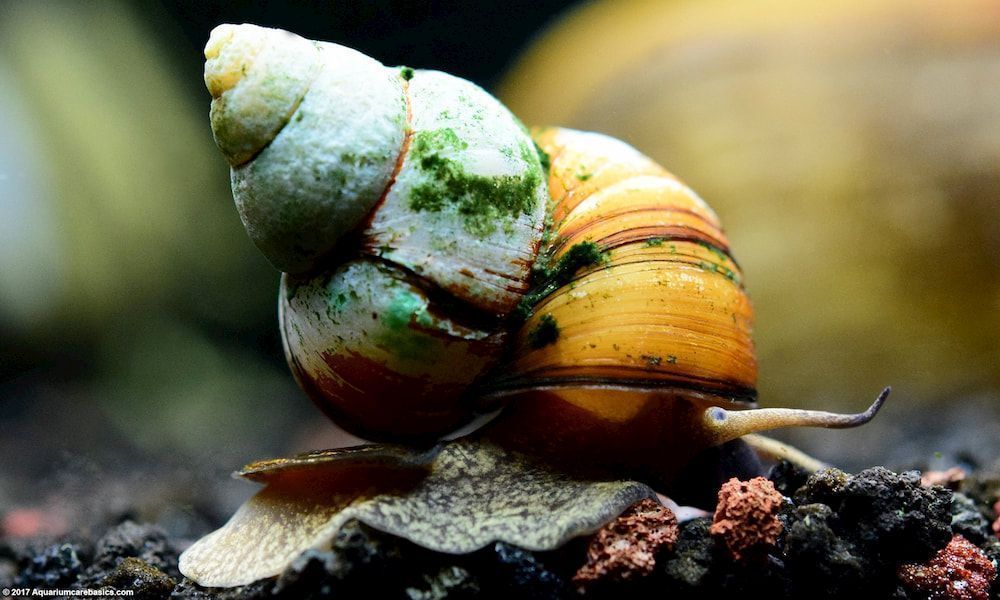 Although the name suggests something else, these are rather tame and docile creatures. They move around a fair bit and have long, dark, cone-like shells. 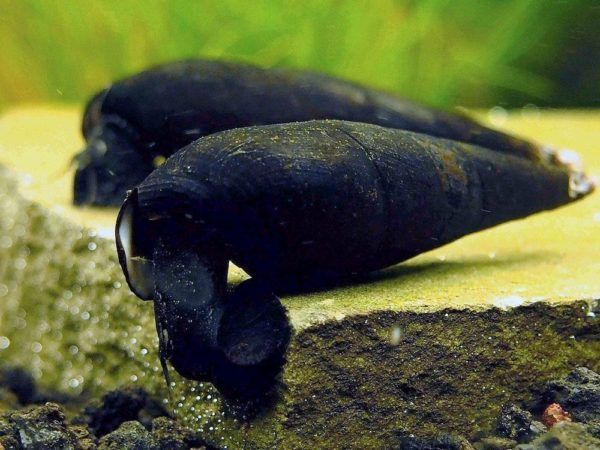 These are rather aggressive towards other snails, but not fish, while preying on smaller pest snails. They have a distinctive stripe pattern up the shell. 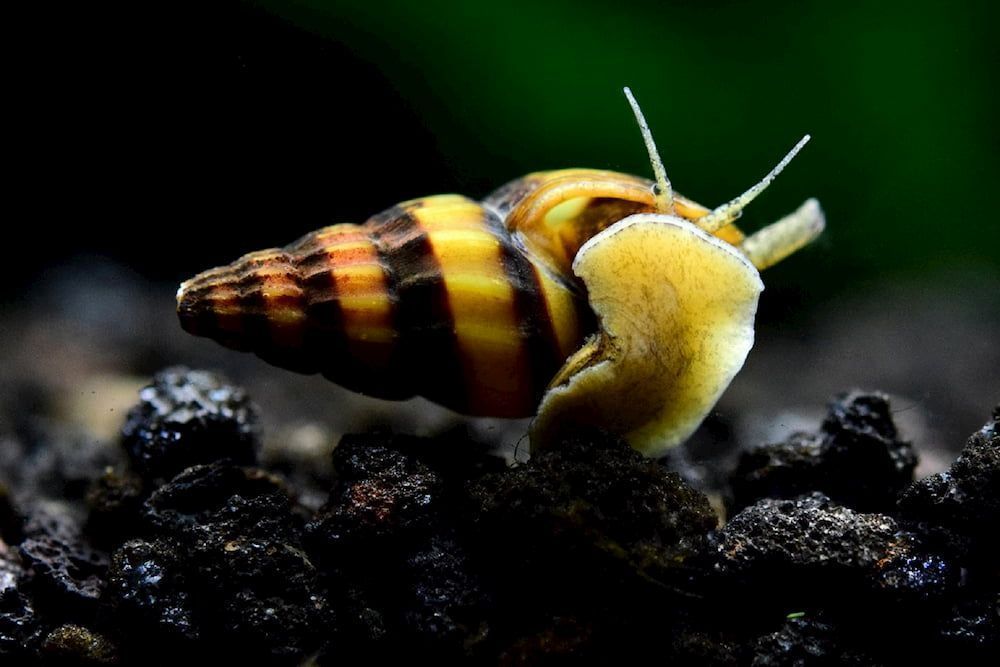 These snails look similar to the horn of a ram or even a curled-up shrimp, coming in a beautiful red/pink shade. They are also one of the best reproducers. 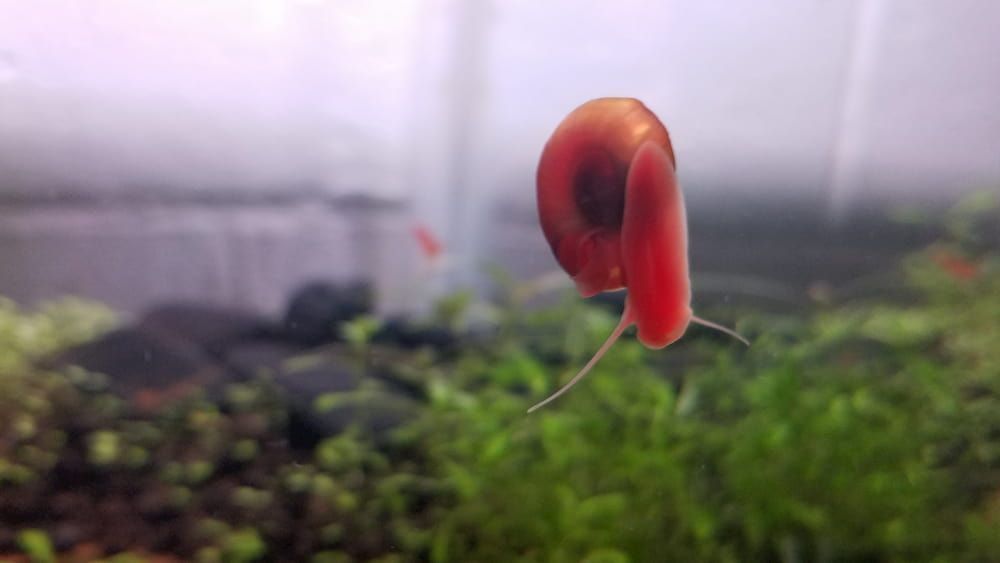 This is the most common aquarium snail and also the best at removing waste. You can spot them with their dark spiral shells, often a lighter shade at the tip. 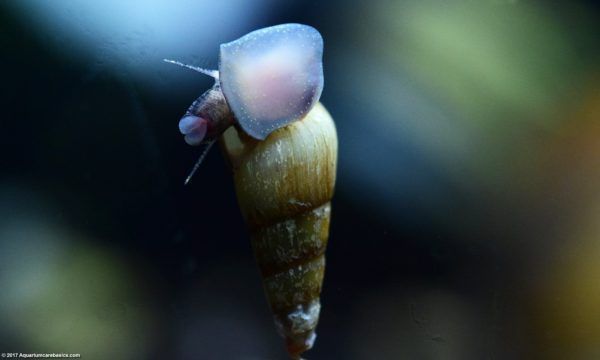 How can a Freshwater Snail kill you?

Believe it or not, despite the slightly mundane sound of a freshwater snail, they are often considered to be one of the deadliest animals on the planet. Some reports claim that these animals kill up to 10,000 people per year! On the surface, snails may seem very harmless, which is true for the vast majority of cases. However, these little animals house a type of worm released into the water in the form of larvae. If you then go into the body of water to wash your clothes, swim, bathe, or whatever, the larvae can penetrate your skin.

They do this by breaking down the protein in outer layers. Once they manage to break through the skin, they can cause some serious illnesses. They won’t leave a mark, but they can result in bilharzia or schistosomiasis [1]. In short, freshwater snails are fine to have as aquarium pets but make sure to be sensible when handling them or putting your hands into the water. Always wash thoroughly with warm water and soap as soon as you are done.

How long do Freshwater Snails live for?

It may surprise you to know that freshwater snails can live for a long time, especially when kept within a safe and consistent aquarium. They may even outlive a number of your fish inhabitants. While the snails would normally last three to five years in the wild, they can live for up to ten years when contained within a stable and healthy aquarium setting.