How hot is too hot for Tropical Fish? 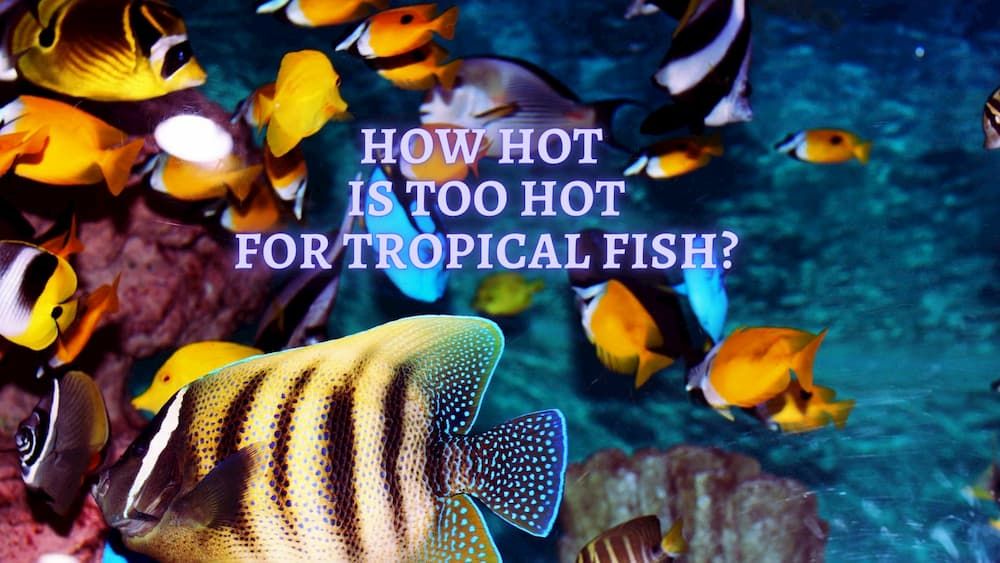 Image by @humming3578 from Pixabay

When it comes to looking after any fish species, it is important to know their preferred conditions to allow them to live comfortably within your tank. One of the most important things to get right is the temperature of the water. Of course, different fish are used to different temperatures in the wild, depending on where they originate from in the world and the kind of water they usually live in. For example, your wild fish in the chilly waters around Iceland and Greenland may be used to temperatures lower than tropical fish from islands near the equator.

It is all about ensuring that your collective fish community are all happy and thriving within the temperature you are providing.

How hot can Tropical Fish survive?

What happens when you get too hot on a summer day? Perhaps you take off a layer, pour yourself a cold drink, or put on some air conditioning. Unfortunately, these are not options for the tropical fish living within your tank. In their case, it is very much a ‘take what you’re given’ type scenario. While fish are cold-blooded animals, that does not mean that their actual blood runs cold.

What it actually means is that fish are unable to regulate their own body temperature, therefore, their heat changes with the water. In humans, our bodies are designed to self-regulate. For example, you shiver when you’re cold to warm yourself up, and you sweat when you’re hot to cool down. When living in the wild, if a fish found itself getting too cold, it would simply swim over to warmer water.

Unfortunately, this is not an option within your tank. Therefore, they are forced to live within whatever temperature you have provided and, as such, you have a duty of care to get that right. When the water is too warm for a fish, its metabolism speeds up, causing it to become more hyperactive and lively. This may not sound like a big deal, but changes in temperature, whether too warm or too cold, cause stress in fish, one of the number one causes for fish deaths. This is because stress is directly related to a weakened immune system in fish. Even if they are exposed to a difference in water temperature for a brief time, they become less resistant to disease and parasites.

In terms of what tropical fish can survive, you will start to have an issue once the water temperature goes above 90 degrees Fahrenheit or 32 degrees Celsius.

What happens to bacteria when the temperature changes in an aquarium?

Believe it or not, your fish are not the only concern within your aquarium when the water temperature changes. Beneficial bacteria are also affected when the water becomes too cold or too hot. For bacteria, the optimum temperature range is between 65 and 85 degrees Fahrenheit. Once you get up to 95 degrees Fahrenheit, the bacteria begin to die, which can lead to a spike in ammonia levels within the tank, subsequently harming your fish’s health.

On the other end of the scale, lower temperatures under 60 degrees Fahrenheit can cause your bacteria to become less active. 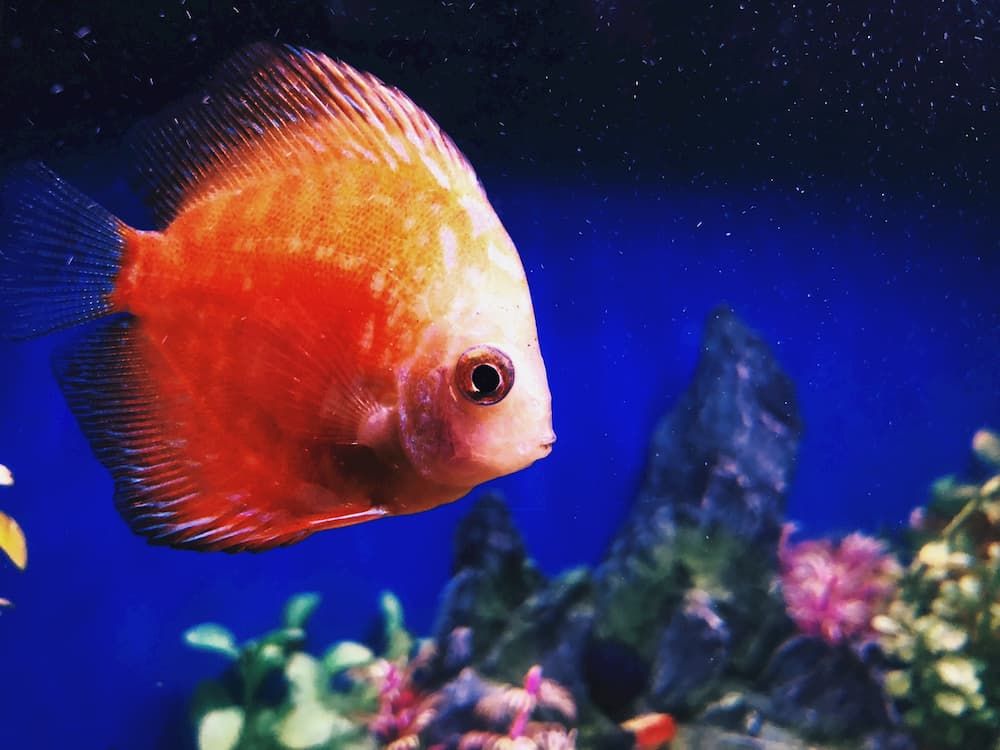 Photo by Rishi Mohan on Unsplash

What happens if your Aquarium Temperature is too high?

As we explained above, you will start to notice problems once your aquarium temperature goes over the 90 degrees Fahrenheit or 32 degrees Celsius mark.

Remember, your fish are able to breathe within the tank by drawing oxygen from the water. On a normal day with optimum temperature, there will always be plenty of oxygen to go around, resulting in happy and healthy fish. However, the warmer the water, the more active your fish will become. The more active they become, the more oxygen they need. Not only does this result in more oxygen being used up per fish, but warmer water actually holds less oxygen than cool water too.

In the worst-case scenario, there may not be enough oxygen to go around, resulting in suffocation. Even if this doesn’t quite happen, the beneficial bacteria within the tank will die out, leading to a rise in ammonia, burning the gills of your fish and displacing even more oxygen.

What happens if your Aquarium Temperature is too low?

You can also face problems when the water in your tank becomes too low. As we explained before, your fish can become slow, sluggish, and lethargic when kept in cold water. If left within low temperatures for long periods, your fish may die. Think of it like this: if you went outside on a cold winter night without a jacket, you would likely feel uncomfortable and pick up a cold.

If you went out without a jacket and spent days on end in the cold air, you would experience serious health problems. The same can be said for the fish living within your tank. 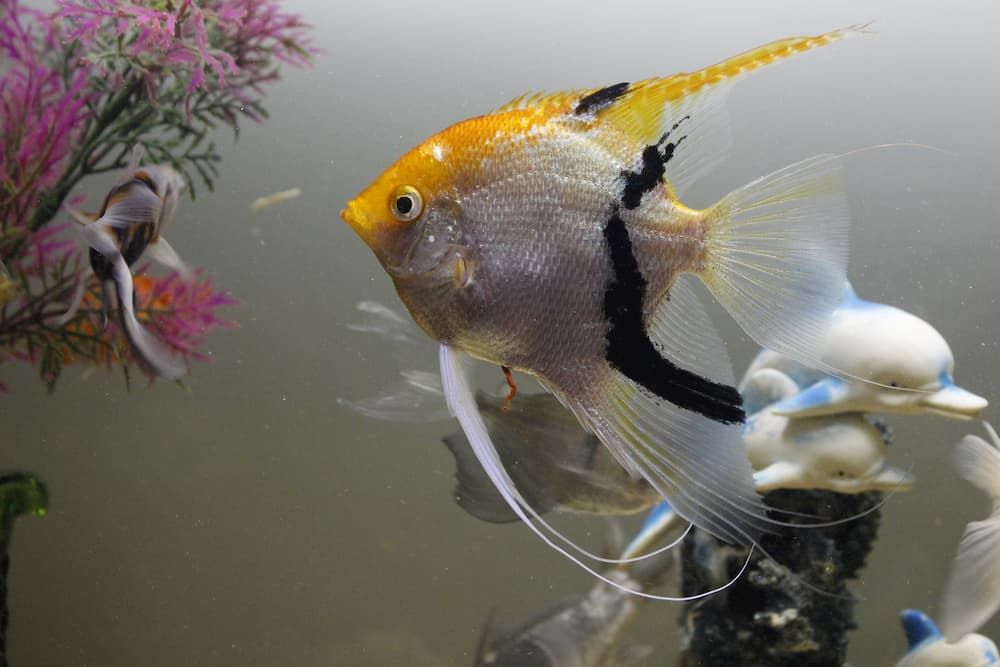 READ MORE: How to lower ph in Aquarium

What is the perfect Temperature for Fish?

When the water is too cold for a fish, its metabolism slows down and it becomes more sluggish and sleepy. When the water is too hot, they become hyperactive and use up more oxygen. So where is the happy medium? The complicated answer is that every fish has its own preferred water temperature, depending on where they are from in the world.

However, tropical fish prefer temperatures between 75 and 80 degrees Fahrenheit or between 24 and 27 degrees Celsius. Usually, fish that originally come from large water bodies, such as oceans or great lakes, are not as tolerant of changes in temperature. Large bodies of water have very stable temperature environments.

The simple solution is to research each and every species of fish you intend to have within your aquarium before purchasing them. Ensure that you can comfortably house these fish together without pushing any outside of their desired temperature range.

You should also look to avoid keeping fish right on the edge of their temperature range; instead, aim for the middle. For example, if a fish likes temperatures between 72 and 82 degrees Fahrenheit, try not to keep them in 82-degree water.