Brown Algae In Saltwater Tanks: How to Get rid of Brown Algae?

Written
by Alina Andreeva
View all 67 articles Learn about our editorial process and veterinary review board.

Unfortunately, anyone who has been in the saltwater aquarium game has come across brown algae for a considerable time, no matter how well you maintain your tank. You can often spend all the time in the world setting up the perfect environment for your fish, only for a blanket of disgusting brown algae to appear as if from nowhere after around four weeks. Even when you run tests on the water, expecting something to be wrong, you will often find no change – the same trace of ammonia, no nitrite, traces of nitrate, and a little phosphate. So, without nitrate or phosphate, how have this algae appeared? What is it even feeding on? 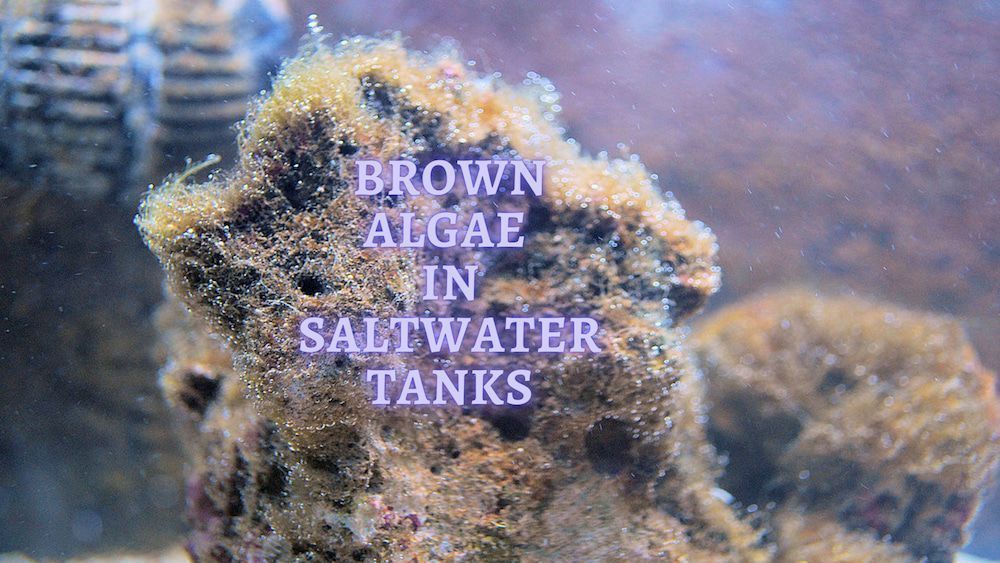 What is Brown Algae in Saltwater Tank?

If you are dealing with stubborn and persistent brown algae, then you likely have a brown diatom algae situation on your hands. Diatom algae is unicellular and uses light to produce its own source of food. The chloroplasts, which are yellow/brown, give the algae its colour. You often find brown diatom algae in rivers, lakes, ponds, and the like in the wild. In fact, that have been found in the ocean as deep as 600 feet, as they only need some form of light to grow and produce food.

READ MORE: How to Get Rid of Diatom Algae?

Brown algae may not look very harmful, but it can have some negative knock-on effects if left alone to grow within your tank. When building your saltwater aquarium, it is essential to create balance within the water between the species of fish, plants, and various chemicals. You should be looking to limit the water to a trace of ammonia, no nitrite, traces of nitrate, and a little phosphate to produce a healthy home for your fish and plants. However, brown algae threaten to throw this off-balance, both as if lives and dies/decomposes. Therefore, we can confidently say that brown algae is bad for your saltwater tank. Even more so, it certainly doesn’t provide any positives for the water or the living things within the tank, so there is absolutely no reason why you should not remove it immediately.

Why should I remove Brown Algae?

There are several reasons behind the need to remove brown algae from your saltwater aquarium. Perhaps the most obvious reason is the absolute eyesore – in short, brown algae is ugly to look at. However, there are also other important reasons behind algae removal, relating to your tank environment’s health. Brown diatom algae can reduce the amount of oxygen in your tank after it dies and decomposes. Of course, this can have a negative knock-on effect on the other life within the water. The algae also releases silicate into the water after it dies, which can be harmful. Not only this, but brown algae often grows on top of live rock and corals which can, over time, suffocate and kill them. Finally, if left alone to grow and thrive, brown algae can be tough to remove from the aquarium walls.

How to get rid of Brown Algae in Saltwater Tank?

The first step towards getting rid of brown algae is to determine why it has appeared within your saltwater tank. There are a few reasons why it may seem, from having excess silicates to high nitrate levels, high phosphate levels, or poor lighting. Whatever the case, you should look to conduct an inspection of the tank and test the water to determine the root cause. This is the most efficient way to get rid of the algae for good. Otherwise, you may spend a long time physically removing it, only for it to return within a week or so. Once you have identified and sorted the cause, you can move on to removal.

Here are a few handy techniques:

Conducting multiple water changes within the tank is a good way to eliminate brown algae. Changing the water can remove the high levels of phosphate or nitrate, which the algae had been feeding on, thus causing it to die out.

Use a gravel vacuum to get right down into the substrate at the bottom of your tank to thoroughly clean. Fish waste often falls to the tank’s base and gets lost amongst the gravel, so it is essential to keep it clean.

You should look to remove any and all algae from your tank’s glass walls, as the longer you allow it to stay, the harder it will be to get rid of. Don’t use any cleansers or soaps for this, but invest in a strong scrubbing pad and put your back into it. This may take a fair bit of time and effort but it needs to be done.

If you have sand at the bottom of your tank, it can be a little trickier than cleaning the gravel. Use your gravel vacuum again, but wave it just above the sand surface. This should get any waste lurking on the surface. For the waste beneath the sand, pinch the vacuum hose to significantly reduce the suction power and then use it to stir the sand. This should release any algae lurking beneath, which you can then suck up using the vacuum on full power once more.

Take any fake plants or decorations out of the tank before cleaning them as it is far more comfortable. This way, when you scrub the diatoms off the plants/decorations, they don’t simply nestle somewhere else in the tank. For this job, you should look to use a scrubber with soft bristles or a clean toothbrush. In extreme cases, you may need a few splashes of bleach to get rid of stubborn algae.

Brown algae thrive in low lighting, while green algae like good lighting. While you likely do not want any algae at all, the green variant is far easier to control. Invest in lighting that reaches the bottom of the tank and provides a wide spectrum of light.

There are plenty of fish/animals out there who will happily eat away at your brown algae problem, which can help fight to keep it under control. Such species include Trochus Snails and Mexican Turbo Snails.

Why does my Saltwater Tank have Brown Algae? 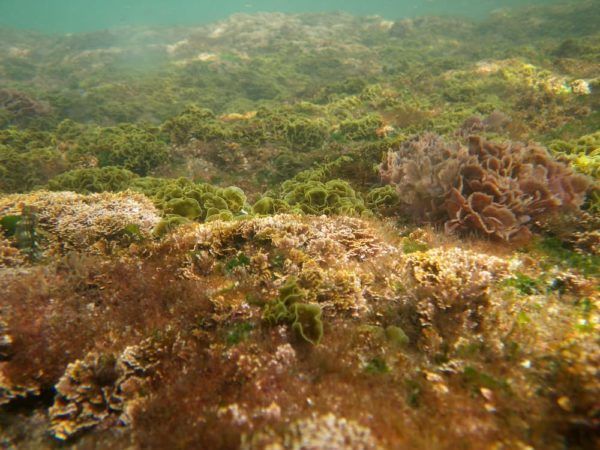 RELATED ARTICLE: How to care for Seahorses

When it comes to saltwater aquariums, you may often see brown algae appear in brand-new tanks. This appearances often occurs just after the tank has completed its biological cycling process. Before the nitrogen cycle within a new tank kicks into gear, the balance of nutrients within the water can be a little off. During this time, the diatoms appear, feed on the nutrients, and the brown algae grow. However, that is not to say that brown diatom algae cannot appear in tanks after months or years too. Even if you set up your aquarium long ago, the algae can appear if you have some kind of imbalance within the water. The algae often disappears on its own within a few weeks, but it has also been known to stick around for months. The longer you leave it, the more harm it can do and the harder it is to remove. Therefore, we recommend dealing with it as soon as you first notice its existence.

RELATED ARTICLE: How to remove ammonia from saltwater aquarium 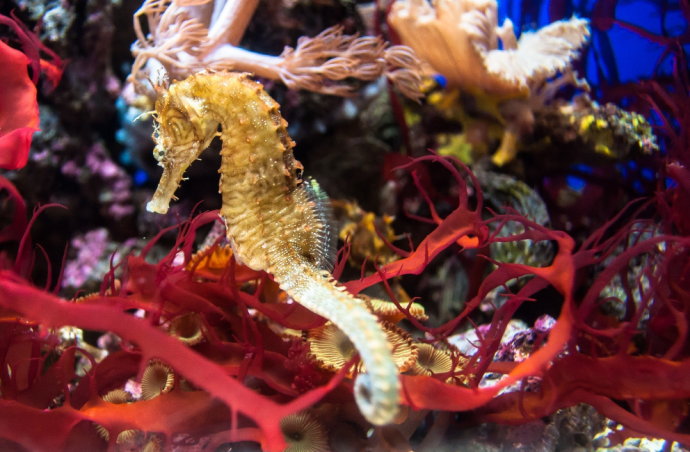 How to Care for Seahorses: What You Should Know 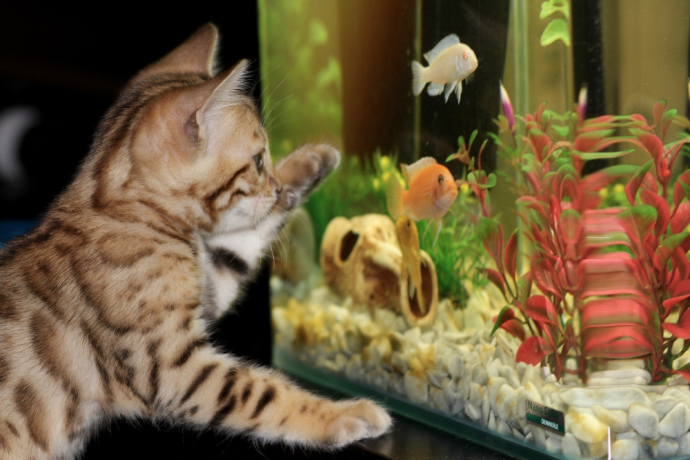 What You Need for a Saltwater Aquarium 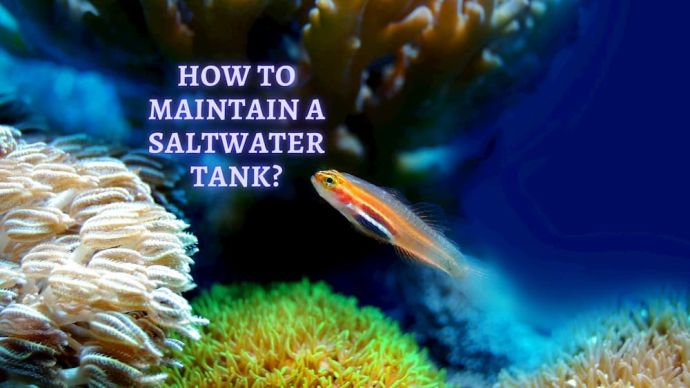 How to Maintain a Saltwater Fish Tank? 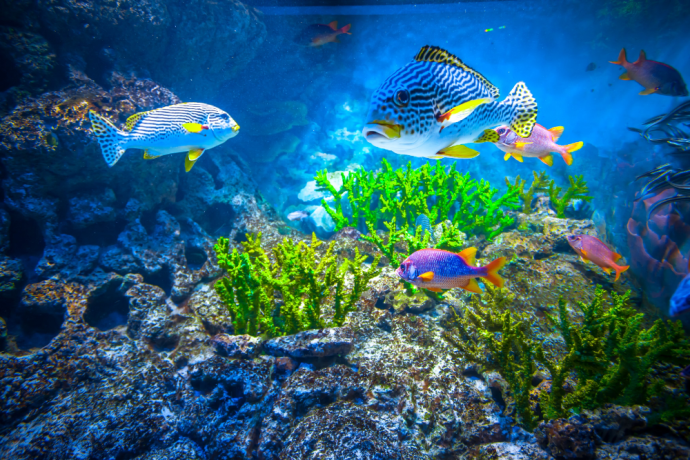 How to Start a Saltwater Aquarium ﻿ 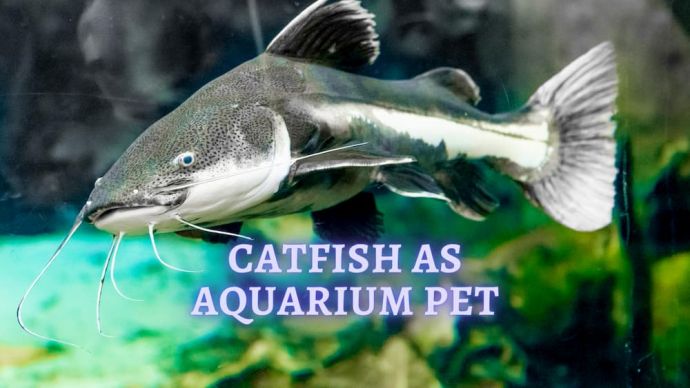 Can you have a Catfish as a Pet?

Gourami Tank Mates: 20 Fish that can Live with Gourami