When keeping fish in an aquarium or tank, it is essential to know what species and sub-species of creatures they are. When it comes to fish, each species is used to living in a particular environment, with a specific set of other fish, and specific food. Straying from this norm can make for unhappy and unhealthy fish, which nobody wants. For example, fish like to live in saltwater, live alone, like frozen food, like pellets, and so on. 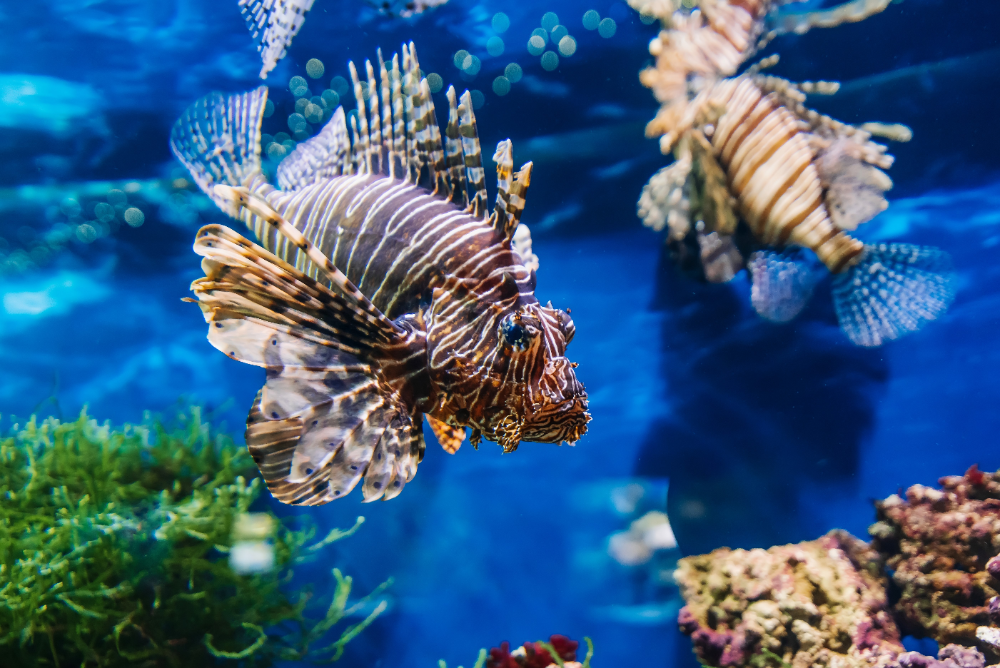 Saltwater fish rely on osmosis for survival, which determines how much water enters and exits their cells. The hypertonic cells within a saltwater fish absorb water out while keeping salt within. Of course, freshwater environments do not allow for this due to the lack of salt.

In these conditions, the cells within the fish would go from hypertonic to hypotonic, which does not match the natural body structure of a saltwater fish. The process of osmosis helps to regulate the concentration both inside and outside the body of the fish.

What happens if you put a Saltwater Fish in Freshwater?

To explain what happens to a saltwater fish in freshwater, we must first examine the related atomic theory and diffusion. Diffusion in water occurs when the different particles look to separate from each other equally. As there is minimal salt located within freshwater, the salt particles drift far away from each other during the diffusion process.

If you put saltwater fish in freshwater, it becomes even harder for a saltwater fish to locate the traces of salt needed to regulate their body cells. As a result, the salt stored within the body of the fish will begin to leach out into the freshwater, with the fish itself taking on more water than needed. Eventually, as this continues, the fish will bloat and eventually explode of sorts. Fish have permeable membranes, meaning that they have to carefully regulate the amount of water coming in and out. Too little and they will dehydrate, too much and they will bloat. A sea fish can’t live within freshwater as the natural process of diffusion acts against them, while their bodies have already adapted to osmosis and saltwater living.

READ MORE: What You Need for a Saltwater Aquarium

What type of fish can live in both Fresh and Saltwater?

Some species of fish can live in both saltwater and freshwater conditions. These fish are referred to as euryhaline. They can actively migrate between saltwater and freshwater sources, for example, traveling from the sea to adjoining rivers. They can also deal with a wide range of salt levels. Within the euryhaline fish group, the species are split into anadromous and catadromous fish. A former born in freshwater but then spend the vast majority of their lives in the see, apart from the spawning process which occurs in freshwater.

Anadromous fish include the likes of salmon, striped bass, smelt, sturgeon, and shad.

The catadromous fish usually live in freshwater sources and only travel to saltwater to spawn. We suggest Mollies as a high starting point if you are looking to take on a euryhaline fish for your saltwater or freshwater tank. They are easy to look after, have a good temper, and they remove the pressure on getting the balance of salt to water right first time due to their euryhaline status.

Is Saltwater Aquarium harder than Freshwater? 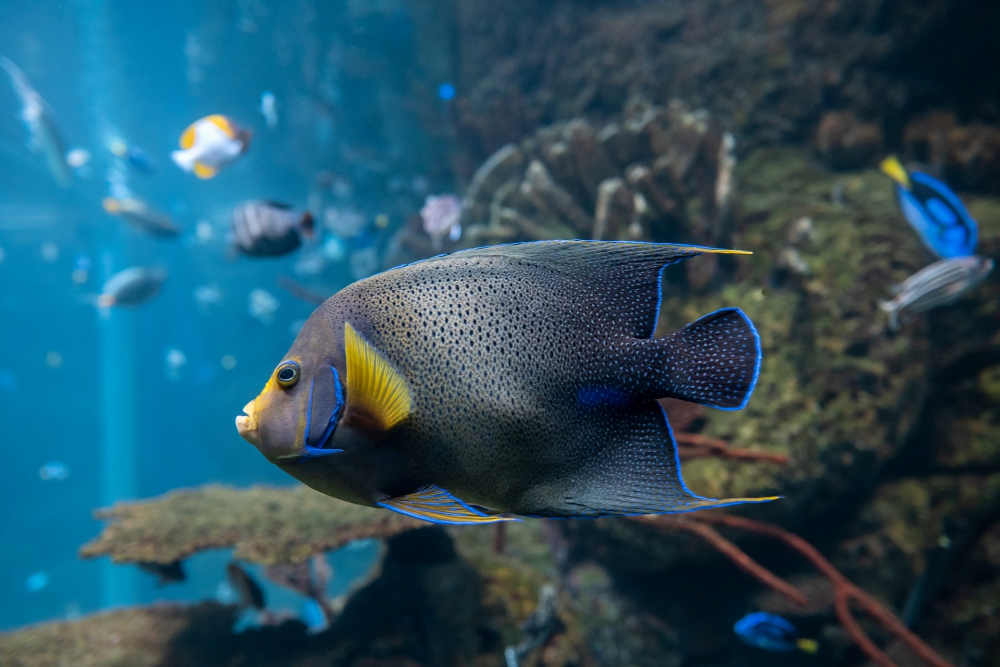 The first main difference between saltwater and freshwater aquarium is the price of the equipment itself.

A full freshwater aquarium is likely to set you back something in the region of $250-$300. This value will likely increase to something close to $600-$650 for a saltwater tank, partly because the equipment is more expensive and partly because there is simply more of it.

Owners of a freshwater aquarium can use a vacuum to remove 10% of the liquid before replacing it with new, clean water. The same cannot be said for saltwater tanks, as the water and salt have to be mixed up days before in a separate container. This means that a holding container is often needed to house your fish while you empty and refill the main aquarium. Of course, the water process, in general, is more complicated in a saltwater tank, too, as you must make sure to get the blend of water and salt between 34 and 37 parts per 1,000 units of water.

Getting freshwater fish to eat food should not be a problem as they are rarely first generation creatures. This means that they were born and raised in a fish farm where man-made flakes, pellets, and frozen foods were the norm. Saltwater fish, on the other hand, are generally from the wild and may be slower to take to this new source of food.

Can Saltwater Plants live in Freshwater?

It is important to remember that plants are still living and growing things, meaning that they have cells just as fish do. A plant that has adapted to living in saltwater or vice versa will likely not be able to thrive in freshwater conditions. Similarly, freshwater plants should not be placed into saltwater conditions.